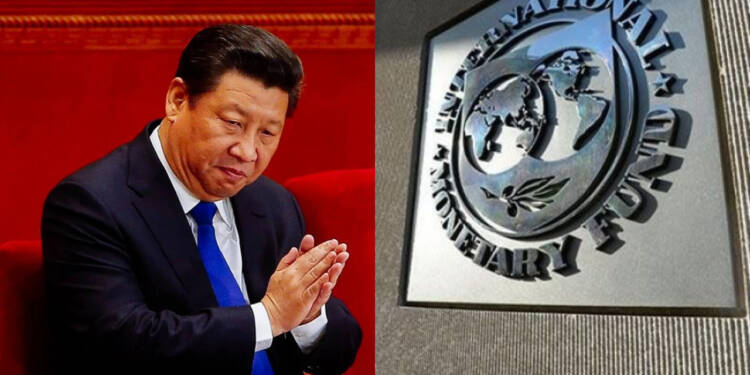 China has always taken its lessons from the writings of Sun Tzu, and while it makes sense militarily, Beijing implements it in economics too. The Communist Party loves lying and as it has become CCP’s second nature. The country has been presenting shady and crafty numbers as official statistics, thus, giving a bloated picture of the Chinese economy, heading towards a major economic crisis. Washington based International Monetary Fund has gotten the drift of the same and has thus, suggested Chinese leadership to allow lenders overburdened by bad loans to be liquidated so that economic growth in China can be sustained in the medium term.

The International Monetary Fund observed that the Chinese government had spent money like water and sored up the financial system so that the banks could lend vigorously to the businesses and keep up the supply side to the least. However, this has led to a massive increase in the Non-Performing Assets in select sectors and regions. Although they were meant to act as a cushion to mitigate the effects of COVID-19 pandemic, it has created a big problem for the Chinese. The problem has been further heightened by the stupendous economic policies of the Chinese Communist Party and the other point is just karma.

Beijing for the major part of 2020 had been involved in fighting one country or another or even going against multiple countries at the same time. This has brought China to a point where it is currently engaged in intense trade wars with the USA and Australia, a diplomatic spat with Canada, and has South Korea and Japan on its doorsteps determined to deal huge economic blows on the paper dragon. The economic impact of all this, coupled with the loss of India as a consumer market has been very disastrous for the Chinese economy, even after having its monopoly in manufacturing globally.

New York Stock Exchange (NYSE) decided to delist three of China’s telecommunication companies, which were the target of an executive order by President Donald Trump. And the fact that more than 200 Chinese companies registered on American Stock Exchanges which account for $2 trillion haven’t adhered to this requirement based on which these IPOs have been delisted, gives what can be the next course of action by the US President.

While the Chinese government has provided liquidity and support to the public sector, it has not provided equal support to the private sector and this was highlighted by the International Monetary Fund. The growth was unbalanced, the IMF noted, citing private sector spending. As such, it said, support should be directed to spur consumption to achieve balanced growth.

The International Monetary Fund said that these temporary measures should be replaced with policies to address the problem of loans and supervisory frameworks. The IMF also cited a need for comprehensive restructuring, in line with international best practices, to liquidate weaker banks, however, these suggestions are like screaming in front of a wall and expecting actions. China is in no way going to listen to the suggestions as it thinks too highly of itself.

The International Monetary Fund may have warned China of an imminent economic crisis, but the leadership at Beijing would instead go through the downward spiral and face the crisis instead of listening to the world and save its citizens.

The ego of Xi Jinping is too precious to be hurt, even if several citizens of China suffer or even die in the process, as is visible with the government functionaries snatching heating equipment from its own citizens.