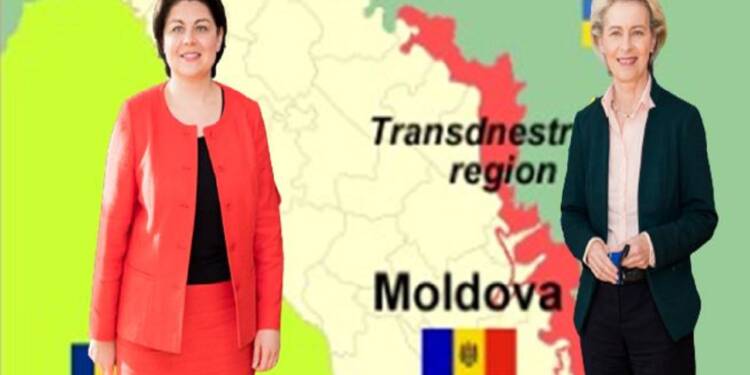 Moldova’s separatist Transnistria region will soon pursue its long-held goal of subsequent free accession to Russia. Well, that process obviously requires independence. Ergo, Transnistria is now committed to achieving the title of an independent state so that it could possibly conduct its goal of inclusion in Russia.

Moldova, which has been constitutionally neutral, is highly West-oriented and thus for a long time has been pitching for becoming a committed member of the European family. And, the decision of the recently held summit of the European Parliament might have come as music to Moldova’s ears. The EU parliament has finally resorted to granting candidate status to the Republic of Moldova. But, discontentment in Transnistria was anticipated.

“Having received the status of a candidate for EU membership, Moldova has thus crossed a certain Rubicon,” Vitaly Ignatyev, the Transnistrian foreign minister said. “It put an end to the issue of building political relations within certain common spaces, because this decision was made solely by the Moldovan leadership, it was not taken collectively. Moreover, no one can speak for us.”

As a shock to the mainland government, Moldova’s separatist region, dissatisfied with the European Parliament’s decision, has now decided to retaliate. Transnistria has now declared to join Russia. This comes after the EU offers Moldova its membership owing to Transnistria’s rising concerns of sovereignty.

Read More: Zelensky readies his wife to take up the big task as he prepares to flee

Transnistria, which has since long been a pro-Russian region, is now perturbed as a grant of the status to Moldova will further escalate tensions between the two regions. The main goal of Moldova is the re-integration of the Transnistria region into a single country.

Transnistria, a sliver of land lying between Ukraine and the rest of Moldova, has hosted a contingent of Russian peacekeeping forces since the 1992 end of the separatist war. Since then, Transnistria has been a pro-Russia region. Moldova also called the stay of the Russian military contingent in Transnistria illegal and demanded its withdrawal.

Therefore, Transnistria has now declared its accession with Russia. The foreign minister of the separatist Transnistria region of Moldova said on Friday that it is committed to attaining independence and potential unification with Russia and that Moldova’s decision to apply to join the EU practically puts an end to any chance of collaboration now.

Although the so-called foreign minister of Transnistria believes an agreement on peace and good neighbourly relations should be signed.

Obviously, this decision of Transnistria has been welcomed whole-heartedly by Russia. The Russian presidential spokesman Dmitry Peskov, in the State Duma of the Russian Federation, said that the desire of unrecognised Transnistria to become part of Russia should be considered seriously.

“Today, Pridnestrovie is that enclave of Moldova that does not want to be with Romania and at the same time gladly hosted the Russian peacekeeping contingent,” said Dmitry Belik, member of the State Duma Committee on International Affairs.

“Therefore, the proposal of Pridnestrovie to join Russia is not some boundless and distant future, rather, it is a direction in the near future. And because Russian-speaking people who are close to us live there, we must consider this proposal seriously,” the member of the State Duma added.

Clearly, Russia is ready to accept the Transnistria region with open arms. And this would be another tight slap on the EU’s face.

Ireland slept over its Islamism problem for a long time, the consequences are here now