A migrant war breaks out between Poland and EU 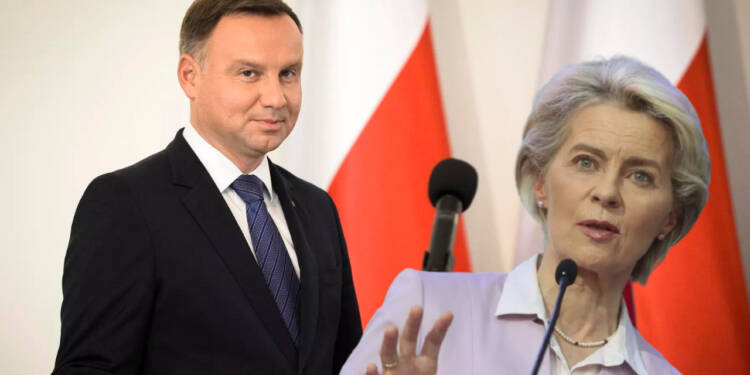 Illegal aliens are dying at Polish borders. And the nincompoop officials sitting in EU think Poland is at fault here! These immigrants are coming from war-ravaged nations like Afghanistan, and also from Belarus. The government of Poland says that these migrants have links to terrorist organisations like Taliban and ISIS. Keeping this in mind, the government has extended the state of emergency along the border with Belarus for at least 60 more days.

Poland says NO to migrants

Polish Interior Minister Mariusz Kaminski told the press, “I will recommend to the government the extension of the state of emergency on the Polish-Belarusian border.” He further warned that dozens of the migrants detained so far by authorities of Poland “were carrying proof of radicalism”, including links to the Taliban and the Islamic State group.

So far, so good. But for EU, Poland has committed a sin of epic proportions by safeguarding its borders. Poland has so far prevented 8,200 people from crossing the border, while other 1,200 have been detained. 6 migrants have also lost their lives on the border. EU is of the opinion that Warsaw should let these “asylum seekers” come in.

EU up in arms

European Commissioner for Home Affairs Ylva Johansson on Monday sought “transparency” from Poland over the migrant deaths. She said, “I’m very worried about the fact that … people have died there at the border.” She added, “I think it is really important to investigate and the Polish authorities have said that they will investigate what has happened.”

But Poland has successfully resisted such calls from EU so far. Should EU keep pursuing the tough talk, it can very well backfire as Poland might take it to the cleaners on the question of supporting Ukraine. Poland has so far impulsively thrown its weight behind Ukraine, and has incurred considerable military and economic costs, even as EU’s support to Ukraine has faltered. So, this migrant war would only widen this rift in the European Union and provide Russia with more opportunities to capitalize upon such differences.

The precarious ties between Warsaw and Brussels

The other source of tension between Poland and EU is the former’s plan of building the largest army in EU. EU is forcing all of its member nations into joining the common currency plan that is to trade in Euro, which would make it difficult for Poland to strengthen its military. The membership in the Euro area may make it “impossible” for the country to buy the latest military technology from the US. Simply means that if Warsaw adheres to EU’s plan, the long-held dream of becoming the strongest military force in Europe will go into the drain as it will make its economy. Warsaw on its side has repeatedly ruled out joining the common currency for the foreseeable future.

Anti-EU sentiments in Poland are already on the rise. Such instances of stand-offs between Warsaw and Brussels only complicate the already-precarious ties. Anti-EU elements in Poland have advocated for more legal sovereignty, while the EU vehemently opposes such reforms. The talk is that even POLEXIT might soon become a reality after BREXIT.

From Russia’s perspective, things couldn’t go better. A more divided EU will be much easier to deal with. So, it’s up to the EU, whether it wants to shove dictatorial immigration policies down the throat of its reluctant member states or it really wants to throw up a resilient challenge to Russia.

Stephan Harper is back with a bang, and that’s terrible news for Trudeau