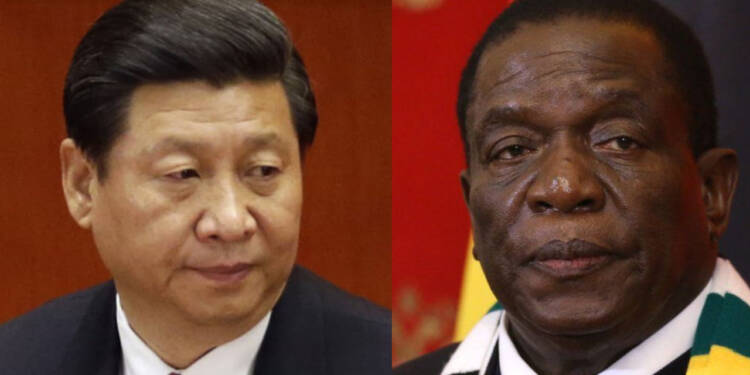 China has been trying to make a strong foothold in the African continent for the sake of exploiting its abundant resources. Chinese companies have enjoyed a great degree of freedom to operate in Africa on market terms, in addition to being backed by Chinese investment capital on favourable terms.

But lately, multiple nations in Africa are rising up in revolt against the interfering policies of China in their countries, Zimbabwe is one of them. In a recent incident, the Chinese embassy in Harare has been criticized by the Media Alliance of Zimbabwe for intimidating a weekly newspaper after the latter published information about malpractices by Chinese mining corporations.

Nevertheless, China established relations with Africa even before the west did. But Sino-African relations took on a new dimension following the bloody events of Tiananmen Square in 1989. The repression led Western countries to sanction China, a shock as brutal as it was unexpected. China’s reaction was immediate. Beijing aimed at revamping its relations with the developing world, starting with the African countries.

Furthermore, under the CCP, Chinese companies entered almost all African markets. Thanks to the Belt and Road Initiative (BRI), there are more than 1,000 Chinese firms operating in Africa; more than one million people of Chinese descent reside on the continent. Zimbabwe is one of the strategic money-making vessels for China.

But lately, many nations in the last two to three years have taken some steps that prove Africa is quite discerned towards China.  The Resource-rich African nations are waking up to the fact that the Chinese came to their country to loot their resources and really don’t leave behind even any major benefits as promised for the locals.

Moreover, it has been noted many times that Chinese projects in local areas often seem to go hand in hand with civil protests. For instance, locals and businesses in Lamu, a Kenyan archipelago, recently succeeded in stopping a proposed Chinese coal power station that they claimed would harm the region’s tourism industry.

People in the Gambia have opposed Chinese fish companies that have harmed the local fish business and the ecology by discharging garbage into close-by wildlife sanctuaries. Zambian employees staged a deadly protest in 2012 against the low pay and dangerous working conditions at Chinese-run mines.

Africans are waking up to reality and that’s why they have started to abandon China and its meaty deals. China’s attempts to take hold of the entire African continent through an extensive debt trap have been foiled in a rather brutal manner.

The Chinese embassy in Harare has been criticized by the Media Alliance of Zimbabwe for intimidating a weekly newspaper after the latter published information about malpractices by Chinese mining corporations.

The Chinese Embassy reportedly said that it would take “strong countermeasures” against “The Standard newspaper”. China’s attempt to quash freedom of the press in Zimbabwe has been largely criticized. Understandably, Chinese officials are creatures of habit that try to enforce the same rules applicable in their own country. But, Chinese activities to quash the freedom of the press are an outright violation of the law and order of the host nation.

“Firstly, the Chinese embassy did not specify what actions they would take against the newspaper in question, and it is something of a concern — particularly coming from a global powerhouse in the mould of China,” said Nigel Nyamutumbu, head of the Media Alliance of Zimbabwe. “And this, in our view, such unspecified threats would amount to an attack on press freedom,” he said.

Read More: China is not purchasing products from Africa because it has run out of money

In an interview, former Harare Mayor Muchadeyi Ashton Masunda, a member of the Alpha Media Holdings editorial advisory board, said journalists would not relent, despite the threats by the Chinese embassy.

Therefore, China is slowly losing its grip on its African strongholds. Activities of the CCP in Africa are increasingly becoming the subject of widespread demonstrations and riots. Moreover, China’s economy is in shambles with only a 0.4% growth in the June quarter this year. As a result, Beijing is not able to pump more money into the continent and is losing support from the local leaders.

The US and Europe kept pounding Mozambique for decades. Now it’s payback time!