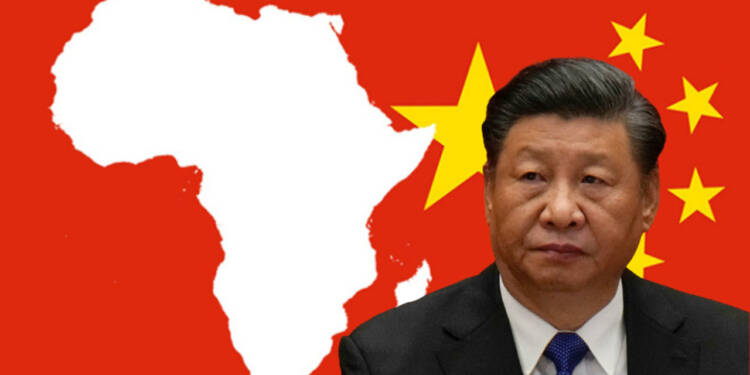 China established relations with Africa even before the west did. The first official evidence of relations between China and Africa dates back to the 15th century. In modern times, official relations were established with South Africa after Sun Yat-sen was elected Provisional President of the Young Republic of China in 1911. However, it was the rule of the CCP that made Africa more of a colony of China.

Under CCP, Chinese companies entered almost all African markets. Thanks to the Belt and Road Initiative (BRI), there are more than 1,000 Chinese firms operating in Africa; more than one million people of Chinese descent reside in the continent.

Furthermore, Chinese companies have a great degree of freedom to operate in Africa on market terms, in addition to being backed by Chinese investment capital on favorable terms.

But lately, the arithmetics have started to change as the West entered the African region. The African continent has become a battleground for power and has given rise to the strategic rivalry between China and the West. But, now there is a third party entering the region i.e. Russia.

This is reportedly raising fears in Beijing that their dominance is being tampered with as more and more African nations have started adopting new allies in a spurt of sudden geopolitical shift. So now, China has started a damage control drive.

Chinese Diplomats in Africa at an all-time high

Last month, there was a sudden rise in the number of Chinese Diplomats traveling to Africa with senior officials making dozens of trips to the continent to resolve disputes and strengthen relations. Recently, Chinese diplomat Xu Jinghu met with Burundian President Evariste Ndayishimiye.

In this meeting, the Chinese diplomat stressed to Burundi that it will always take up the cudgels in support of the African nation. Xu Jinghu as a special representative promised, that China would continue to strengthen bilateral relations with the East African nation in priority sectors such as agriculture, health, and infrastructure.

Xu is reportedly on a tour of eight African nations. She will also visit Rwanda, the Democratic Republic of Congo, Congo-Brazzaville, Namibia, Madagascar, Mauritius, and Seychelles.

China stresses that these high-level visits are intended to address pressing challenges, including the ongoing conflicts in the Horn of Africa, the Sahel, and the Great Lakes regions. They also aim to address the West’s opposition to the Belt and Road Initiative as well as the concerns of Russia.

This wave of diplomats traveling to Africa from China is an effort to make up lost ground. But, Africans accepting the invitation wholeheartedly seems quite unlikely given the reason Russia has expanded its footstep on a broader scale on the behest of Anti-China sentiments.

The reason is Anti-China sentiment?

We have told this many times that Africa is a hotbed of activity. If China is sending its diplomats back to Africa for setting up ties, it is solely because of rising anti-China sentiment in the African continent.

Many nations in the last two to three years have taken some steps that prove Africa is quite discerned towards China.  The Resource-rich African nations are waking up to the fact that the Chinese came to their country to loot their resources and really don’t leave behind even any major benefits as promised for the locals.

Moreover, it has been noted many times that Chinese projects in local areas often seem to go hand in hand with civil protests. In DRC, Clashes had erupted in a gold-mining region of the Northeast in which, three Chinese nationals reportedly went missing.

Similarly, Nigeria has been facing growing political sentiment against Chinese neocolonialism. On the other hand, countries like Kenya and Tanzania have scrapped BRI projects altogether as there is a rising fear of the Chinese debt trap.

Africans are waking up to reality and that’s why they have started to abandon China and its meaty deals. China’s attempts to take hold of the entire African continent through an extensive debt trap have been foiled in a rather brutal manner. This is all benefitting the West and Russia.

Read More: China decides to stop investing in Africa because Africans take money and that’s pretty much it

Africa has so many resources that whoever controls it can rule the entire globe. Under its Belt and Road Initiative, China cunningly set out its debt trap on African nations to colonize them.

But, African nations, however, proved to be too intelligent for it. They simply canceled China. This is the reason why China is heading into the African region to woo them again.

29 Process Quotes To help you understand the world