The US and Europe kept pounding Mozambique for decades. Now it’s payback time! 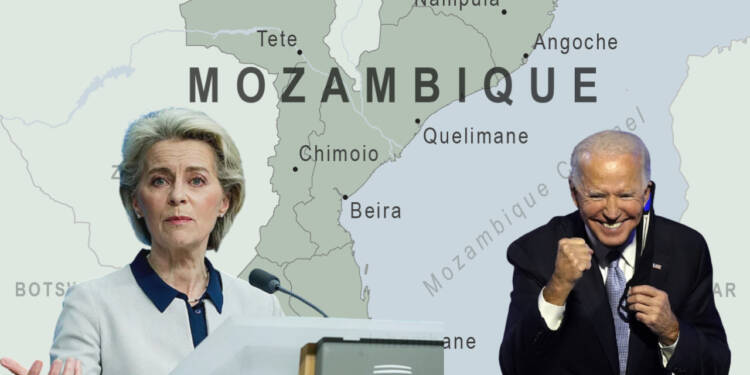 Geopolitics is indeed an interesting area of research. One thing that should be concluded is that there are no policies written in stone and no alliances or rivalries of a lifetime. The same has recently been observed in the current world scenarios. The hypocritical Biden administration of the United States and its allies in Europe have reversed the decisions they believed would give a new life to the planet.

However, once these western leaders got to see the realities of the world and accepted that decreasing reliance on non-renewable resources is not as effortless as activists like Greta Thunberg think it to be. The United States and its allies are now offering support to their African counterparts to access the energy resources the former once believed were deadly for civilization.

Well, to tell the truth, the western nations are only scouting for alternate sources for oil and gas because supplies from Russia are not as safe as they used to be. The Russian-Ukraine war has disrupted the supply routes and changed the energy dynamics. Germany, for example, was dependent upon Russia for around 65% of its total gas imports in 2020. The Baltic nations on the other hand are dependent on Moscow for a majority of their total oil imports.  Overall, more than 38% of the natural gas used by European Union members in 2020 was imported from Russia

Read More: As Biden made plans for his Africa outreach, Putin dispatched his top man to Africa

Moscow has reduced the quantities of its supplies to Europe in order to leverage its energy resources and force the European nations to remove sanctions on the Russian economy. The reduced supply has led to falling consumer confidence and has led to record-breaking inflation in many nations around the world.

Ukraine’s blockage of its southern ports to disallow the movement of food grains to underdeveloped nations in Africa has led to a rising risk of a severe food security issue in the region. Ukraine cutting down the supplies to leverage its grain to ensure the delivery of weaponry from the west coupled with Russia cutting down the energy exports has led to an increase in commodity prices all over the world.

The United States for instance is suffering from the highest inflation in four decades. Beijing’s economy witnessed just 0.4% GDP growth in the June quarter. Conditions in Europe are getting worse day by day with the leaders of two of their biggest economies, the United Kingdom and Italy resigning from their posts.

Putin Wakes Up the Hypocrites

Amid spiraling inflation and falling approval ratings, the Biden government seems to realize that their $555 Billion plan for promoting clean energy was after all a scam designed to rob the American taxpayer. In order to ensure a constant supply to power the industrial sector and keep the households warm amid winter, the European leaders are now asking for oil and gas from countries that, just last year, they had told to keep the fossil fuels in the ground.

Mozambique has become one of the world’s top LNG contenders amid concerns of European politicians regarding their energy security. Mozambique’s plans to develop new oil and gas fields and build pipelines have been hampered for years as a result of Western governments and banks’ reluctance to provide funding as the fight against carbon emissions picked up steam.

Now, all of a sudden the circumstances have changed. The G7 unexpectedly supports foreign oil and gas investments, despite agreeing to halt them only last November at the COP26. And Europe is now clamoring for gas, the same Europe that has been pushing African nations to concentrate on renewable energy and let go of their nonrenewable resources

Ironically, the International Energy Agency (IEA) is also pushing African nations to commercialize their resources, advising that these producers need to act quickly because the world would only need gas for a while before shifting dependence completely to renewable resources.

The Ukrainian ambassador to Mozambique, also understanding the situation, has been scouting for the Mozambican government’s support in the war but the former has constantly been keeping a neutral stand further making things difficult for Europe.

The intent and actions of the western leaders are increasingly becoming the subject of laughter. The very things they pronounced life-saving are discarded or postponed. The very motive of western geopolitics is personal gain and no significance to the finances and stability of other nations. But, alas, similar to several other nations, Mozambique has decided to keep its distance from western hypocrisy.

19 Quotes About Being There For Someone