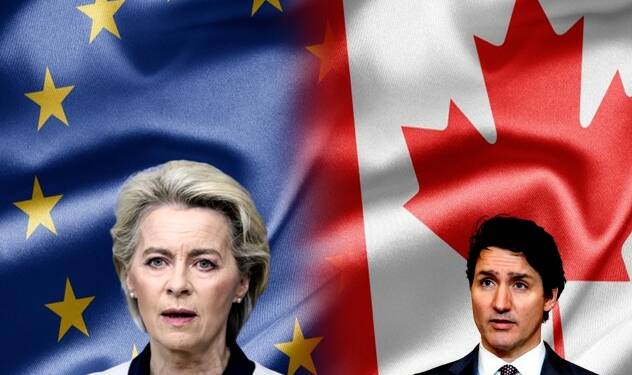 In a bid to counter Russia’s dominance in the gas and oil sector, Canada took a step which later backfired. Ottawa took an anti-Moscow step by withholding delivery of gas turbines to Russia expecting a pat on the back from its European allies.

Trudeau’s anti-Russian actions have drawn rare, yet quite blunt criticism from Europe. Canada’s anti-Russian move ended up infuriating key European powers in epic proportions. And now, Canada stands the risk of jeopardising its healthy diplomatic relations with the European Union.

Canada- the main perpetrator of the crisis

Canada once had an aim— paralysing Russian gas supplies to Europe. The Trudeau government invoked sanctions on Russia to block the delivery of these turbines back to Moscow. Canada impounded Russia-owned gas turbines since the gas turbines were supposed to be used by Russia to pump gas into European pipelines.

Now, this move by Canada exacerbated the gas crisis in Europe. The move led Europe to go berserk. European governments were worried that if gas supplies from Russia were not restored to previous levels, the Europeans would fall prey to ruthless, bone-chilling weather by the end of the year.

For the unaware, this is the storing-in period for Europe, where countries generally look forward to storing gas for the upcoming winters. This year, however, the trend is the exact opposite. They are forced to exploit gas reserves during the storing-in period, which means that they won’t have enough gas left in their reservoirs when winter strikes.

Soon after acknowledging the soaring ties with the EU, Trudeau agreed to release the repaired turbine for the Nord Stream gas pipeline to Germany. This came after Russian energy giant Gazprom reduced gas supplies to Germany.

You see, Europe has experienced a reduction in Russian gas supplies amid already soaring energy prices and broader inflation. Europe’s plans to fill the gas storage for winter got dashed to the ground, especially after the Canadian government blocked the delivery of these turbines. Consumers in Europe were left to foot painfully high gas bills.

Make no mistake, the blame lies solely on Trudeau for delaying the delivery of the turbines, and now he’s trying to undo his wrongdoings.

While the turbines have now reached Russia, there is still no relief for Europe. Why? Well, the turbines are showing defects.

“Yes, indeed, there are some defects with the turbines,” Kremlin spokesman Dmitry Peskov said.

The turbines are essential for the proper functioning of the Nord Stream pipeline, which delivers gas to Germany via the Baltic Sea. But, in a bid to trick Europe, Canada has sent half-repaired turbines to Russia just to hit the European gas imports. Now, you might ask, why is Canada doing this? You see, it produces oil and gas itself and therefore plans to enter the European market.

Read More: Germany jumped off a cliff, and now it’s saying that Canada pushed it

So, did these manoeuvres help Canada reap any benefits? Hysterically, no. In fact, they backfired. The reckless actions by the Trudeau government against Russia have now rocked the boat of the cordial trans-Atlantic relations between Canada and the EU. Canada’s actions against Moscow have thus spectacularly backfired, and we could see Canada sooner than later lamenting its anti-Russian position. Moreover, this episode has also smacked some sense into European nations that doing away with Russian energy would only prove suicidal for the bloc.

To be clear, Canada should now batten down the hatches. It may soon face the wrath of Europe for perpetuating the crisis.