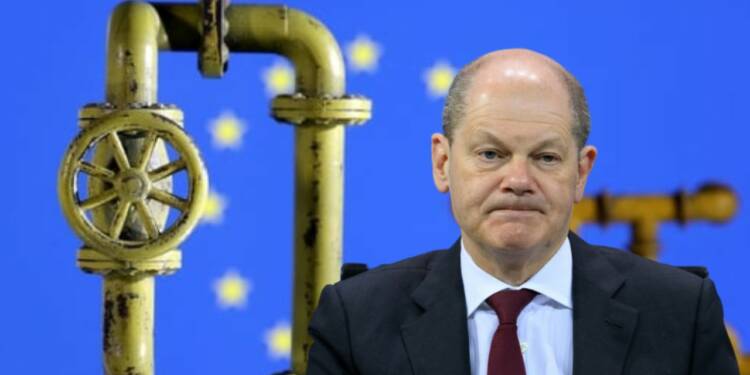 There was a time when status of Germany in EU was like Greek God Zeus. Like Zeus, German power in Brussels was invisible, difficult to measure and yet ubiquitous. European countries used to live at mercy of Berlin.

However, times have changed after the Ukraine war. European countries now identify Germany as Koalemos, the god of stupidity. The bloc now cries out in unison: it’s payback time!

After the Ukraine war, Europe which relied majorly on Russian energy imports decided to cut its dependence on the same. Germany froze the Nord Stream 2 gas project and halted its certification just after the Ukraine war to hurt Russia economically and financially. In retaliation, Russia reduced the gas supplies from the Nord Stream 1 gas pipelines. Additionally, the annual maintenance of Nord Stream 1 has heightened concerns that Russia would altogether stop supplying gas.

As a result, European Union members decided to shore up their reserves to 90% before the winters to save themselves from the harsh climate approaching.

Recently, European Commission brought an emergency gas rationing plan to the table. The “Save Gas for a Safe Winter” plan announced on Wednesday sets a target for the 27 member states to reduce their gas demand by 15% between August and March next year. The move is targeted to bail out Germany from the impending crisis.

You see, Russia accounted for two-fifth i.e., 40 per cent of the EU’s import of gas before the Ukraine war. However, some members of the bloc face more challenges than others.

Germany in June implemented the second step of its three-stage emergency gas rationing scheme. Although it has been able to reduce Russia’s portion of its imports from 55% to 35% since the beginning of the war, a sharp reduction might severely restrict its capacity to top off its gas reserves in time for the winter.

Germany which was the largest importer of Russian gas with 42.6 billion cubic metres of gas in 2020 is on the verge of recession. BASF, the world’s largest chemical company says that it will have to shut down its operations if the gas crunch continues. Eurometaux, the voice of non-ferrous metals producers and recyclers, which employs 500,000 people in Europe says the same.

German Economy Minister Robert Habeck has urged people to take fewer showers due to the severity of the situation. In addition, Germany has chosen to turn down the street lights to save energy.

Nevertheless, members of the European Union are opposed to the proposed 15% reduction. Even yet, the EU block on Tuesday approved the scaled-back emergency plan to reduce demand after reaching compromises to cap reductions for some nations. It’s unlikely that these nations will follow the strategy. Also, the plan has encountered major loopholes.

Ireland, Malta, and Cyprus would not be legally required to the 15% decrease plan as their gas networks are not linked to those of other member states. Hungary came openly against the deal.

Italian Ecological Transition Minister Roberto Cingolani said the country’s binding target would be nearer to 7% and not 15% once gas reductions it has made compared with previous years were taken into account.

Portugal is completely against the EU proposal, Secretary of State for Energy Joao Galamba told the newspaper Expresso. Galamba said that the EU plan is “unsustainable” as it would leave Portugal with no electricity.

Spain which doesn’t rely on Russian gas is also opposed to the plan. Spain’s minister for ecological transition, Teresa Ribera took a jibe at Germany, “Unlike other countries, we Spaniards have not lived beyond our means from an energy point of view.”

Her statement was a jibe at Germany during the Eurozone crisis. During the sudden economic collapse of several southern European nations, including Portugal, Ireland, Italy, Greece, and Spain (sometimes referred to as the PIIGS), Germany attributed the crisis to foolish borrowing by austerity governments. Germany denied helping the countries when they were on a verge of collapse saying that why should they help the countries which have lived beyond their means.

Read more: There is no coming out for Europe from this tragedy

Germany was also among the nations that implemented restrictions on the export of protective medical equipment in 2020, at the beginning of the Covid-19 pandemic.

Greece whom Germany wanted to kick out of the Euro and Berlin’s austerity measures aggrieved the crisis has also objected to the EU plan.

The European countries which were never helped by Germany back then, have now come to bite back Berlin. They have refused to bail out the German economy which is now on verge of recession. The ‘hegemon’ status that it has overly enjoyed for decades now stands in tatters.

Every conservative province in Canada to go broke, thanks to Trudeau