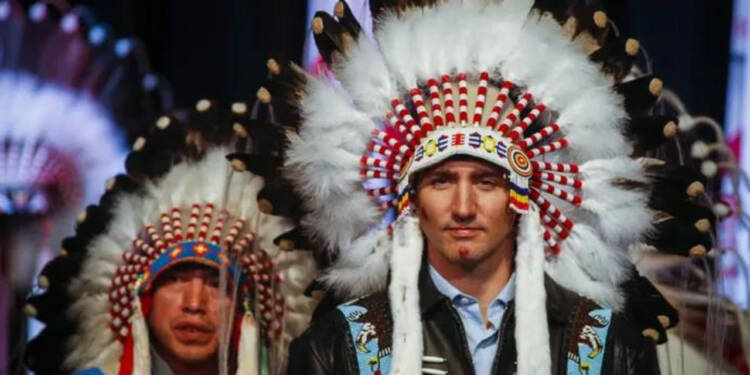 An argy-bargy over the laydown of pipelines is circling around ever since the Liberal party came to power in Canada. The two pipelines- Trans Mountain Oil Pipeline and Coastal Gas Link Pipeline have become a bone of contention between the Indigenous people and the Trudeau government.

What perturbs the indigenous people of Canada is the New Democratic Party’s stance over the laydown of the oil and gas pipelines in the region. The NDP and the Trudeau administration have been tricking the people of the First Nations on the pretext of the 2030 Green goals.

The official party position on the pipeline projects has since been hazy but the construction of the projects has now been suddenly halted. The government in the mane of green goals is snatching away a livelihood from the First Nations people. The opponents of the project decry how the pipelines will lock in decades of greenhouse gas emissions and, they say, it will compromise Indigenous people’s land rights.

But, are the indigenous people satisfied with this excuse? Certainly, not. The pipeline has the support of all the 20 First Nations along its route. Indigenous groups are investing 10% of the project and plan to invest more in the future. The initiative employs hundreds of members of First Nations and dozens of Indigenous businesses. Benefits worth millions of dollars will be provided to these towns, enhancing the quality of life of the indigenous citizens.

Read More: Data shows that Trudeau is an illegitimate Prime Minister of Canada

First Nations leaders have the prevalent backing of their people for pursuing the project.

Trudeau has held the view that laying down of the pipelines will snatch away people’s land rights. To pursue his propaganda he even went on seeing his mouthpiece in renowned celebrities and environmentalists who aren’t even acquainted with the Indigenous culture.

Canada has recently been developed as a destination for Hollywood celebrities wanting to show off their environmentalist credentials. Celebrities like Leo DiCaprio, Neil Young, Mark Ruffalo, and Jane Fonda feel comfortable to lecture Canadians about environmental issues and their treatment of Indigenous peoples.

Recently, Mark Ruffalo called out in public that if the government of Canada pursues the project it will hamper the land rights of the indigenous people. But, the actuality is the exact opposite. This celebrity’s rhetoric was entirely false. The 20 First Nations that are located along the pipeline’s path favour it. Indigenous groups are investing 10% of the project and plan to invest more in the future. The initiative employs hundreds of members of First Nations and dozens of Indigenous businesses. Benefits worth millions of dollars will be provided to their towns, enhancing the livelihood of the citizens.

The indigenous people believe that they are well acquainted with the exacting environmental standards and what will provide substantial benefits to their communities. Not just the pipeline project but there are several other activities that are underway on their land. Communities in the region are extensively indulged in fishery, mining, and forestry among other infrastructure projects.

The people of the First Nations have worked hard to manage their lands and went an extra mile to secure their future. Lobbying politicians and maintaining ties with the government, corporations, and non-Indigenous people. But, it seems that all went in vain.

Read More: Oil prices could be half a dollar realistically, but Trudeau won’t allow it

Trudeau’s administration has been giving the excuse of the green goals and concerns for the land rights but was caught in a hot tub when his rhetoric backfired. Trudeau tried to play smart enough by using celebrities as a prop to orchestrate a shift in opinions of the Indigenous community. He acknowledged the infatuation with stardom which will outsize media attention but how do the Indigenous people see these stars? Environmental colonisers.

Now, it’s high time Trudeau giving baseless excuses and playing tactics with the citizens instead of addressing the concerns of the First Nations is the need of the hour.