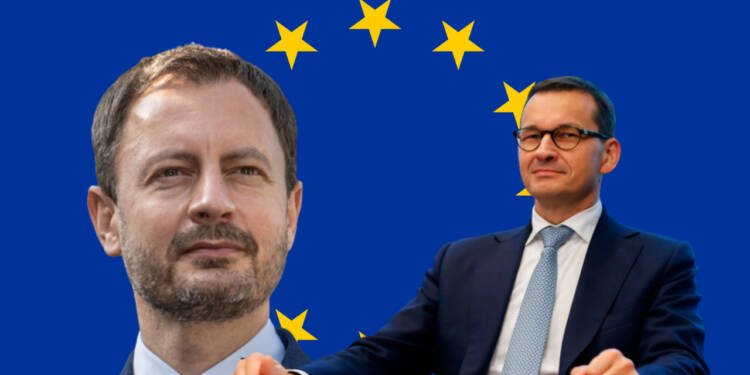 Since the onset of the Ukraine-Russia conflict, small European nations have been toeing the agenda of the bigger European nations to defeat Russia in the war. In order to make up for Ukrainian losses, NATO has been pressuring former Warsaw Pact states primarily Poland, Bulgaria, and Slovakia that are still using Soviet-designed aircraft to deploy them to Kyiv.

In exchange, these countries demanded that Germany shall provide them with the most recent models of these weapons. But clearly, these commitments have not been fulfilled to date. Warsaw hoped that its Western friends would send it tanks as restitution. Boris Johnson stated that the British government was considering deploying tanks to Poland to assist them as they sent some of their T-72s to Ukraine in April.

The Polish government requested a batch of Leopard 2 tanks from Germany shortly after, according to the Frankfurter Allgemeine Zeitung, to assist replace the T-72s it had delivered to Ukraine. However, the article pointed out that Berlin hadn’t taken a decision yet.

Nevertheless, Poland and Germany have a troubled history in Europe. Still, Warsaw’s stance had constantly stayed in favour of Berlin for many decades. As a consequence of its hefty support to Ukraine, Warsaw is now in the grip of a record high inflation swirling at the highest rates in a quarter of a century.

And now it seems like Polish leaders do not want to continue to be used as a vessel state for Germany and also the US. Constant humiliations at the hands of the west have forced Warsaw to turn toward one of Asia’s leading industrial military complexes.

Poland is gearing up to purchase tanks, howitzers, and fighter planes from South Korea as it looks to bolster its armed forces. The agreement includes 48 FA-50 light combat fighter jets, 180 K2 “Black Panther” tanks, and an unspecified number of K9 howitzers.

When talking about Slovakia, it had been asked to donate the dozen MiG-29 jets it got from the Czechoslovak air force in 1992. However, Slovakia refused to follow in the footsteps of Poland who mindlessly gave several hundred of its T-72s to Ukraine starting in April, in hope that it would get a replacement from Germany. However, when Germany refused Warsaw citing insufficiency, the latter had to make a deal with the US for 116 second-hand M1 Abrams main battle tanks in June.

Read More: A migrant war breaks out between Poland and EU

Slovakia does not want to lose its Air Force capabilities unless NATO allies offer money or replacement fighters. “We are open to discussion to donate those MiG-29s to Ukraine but certainly this will require, I would say, a broader discussion about taking into account financial aspects and all other aspects of delivery, so no decision has been made yet,” Said Slovakian Defense Minister Jaroslav Nad.

Smaller nations have become mindful of the games played by the dominant players and are increasingly refusing to be a part of it. Clearly, these nations like Spain, Poland, Hungary and Slovakia have quashed the hegemony status of powers like Germany and France. In the end, in contrast with human and social nature, all parties are looking out for their own security first and rightfully so.

Therefore, the hegemony of big European players is starting to fall apart. Major European economies like France, Italy and Germany have long dominated European politics and have pushed policies that are discriminatory towards smaller countries in the region.