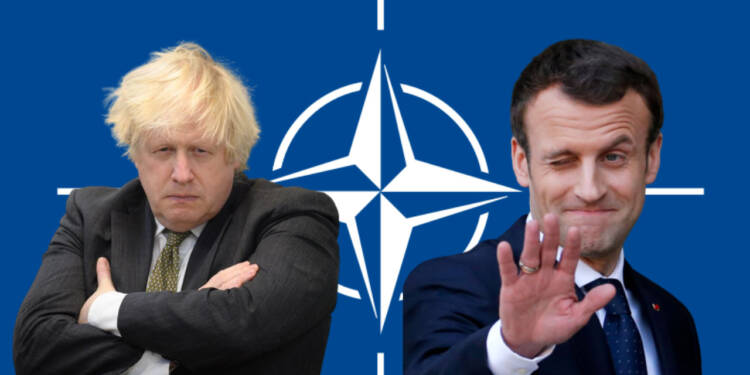 The Party Gate incident, the Owen Paterson controversy, the Chris Pincher affair, and Boris Johnson’s lack of ideas for a successful Brexit led to his party’s decision to expel the former British Prime Minister. As his political career was now on the verge of collapse, Johnson reportedly swore to run for the NATO chief chair.

His aspirations to lead NATO have, however, been dashed by Emmanuel Macron before they really took off.


A recent report in Telegraph said that senior Tories are supporting Boris Johnson to take over as NATO’s secretary general when the high-profile position falls vacant in the future. The incumbent Jens Stoltenberg is expected to leave his position in September of next year, and Boris Johnson is being suggested as a potential replacement.

Due to the conflict in Ukraine, the election of the next NATO chief, which was supposed to take place this September, was delayed by a year. Johnson is not the first British politician to be considered as a candidate for the NATO chief’s position.

Theresa May and David Cameron, as well as defence secretary Ben Wallace, have all been mentioned as potential candidates for the position of NATO’s leader in the past. The last politician from the UK to serve as secretary general of NATO was Lord Robertson of Port Ellen, who was the Labor Defense Secretary in 1999.

The most recent candidate for the position is Boris Johnson. He has gained the confidence of the Baltic states to advance the aforesaid position, and by endorsing NATO application, he has also persuaded Finland and Sweden.

David Jones, the former Brexit minister, added: “Boris has actually led the Western response to Putin. It was Boris who went to Sweden and Finland and urged the leaders of both countries to make applications for Nato membership which of course they did.”

In addition, Senior Conservative member of the defence select committee Richard Drax MP stated he would back the Prime Minister in his bid for the position. All in all, the support of Johnson among the Tories is huge.

However, becoming NATO chief is nearly impossible without US assistance.  But Johnson following the US steps on the Ukraine war makes him the favourite for the US to back him.

He is one of the most loyal and ardent followers of the Biden administration. He became a bridge between Ukraine and NATO during the war. He ensured that vital military, economic and humanitarian supplies have been provided to Ukraine.

However, the NATO chief is chosen with unanimous support from the member countries. And here comes the twist, a senior member of the Ministry of Defence has expressed scepticism due to the probability that French President Emmanuel Macron would veto him.

You see, Under the leadership of Johnson and Macron, ties between Paris and London have been antagonistic. Both nations have been at loggerheads on various issues, for instance, fierce fishing dispute revolving around fishing rights to the French fishermen in Jersey’s territorial waters. France has also threatened to cut off power supplies to the UK if the terms of the Brexit deal over the Northern Ireland Protocol aren’t adhered to.

Moreover, France’s patience is already running thin after the announcement of the AUKUS security pact between the UK, the US and Australia that killed the French submarine deal with Australia. Also, the ongoing disputes between the two nations over AUKUS, fishing, and Brexit indicate a heightened struggle for influence in Europe and the Indo-Pacific area.

Macron will therefore never permit the UK to run NATO since doing so may have a serious impact on France’s security. And hence this makes Boris’s chances of heading NATO pretty bleak.

Also, taking a jibe on Boris, Labour deputy leader Angela Rayner tweeted, “The man who secretly met a former KGB agent after a crucial NATO summit and can’t remember what he discussed or who he was with? I think it’s a ‘no’.”

Such statements from senior officials undoubtedly support the notion that Boris Johnson is unqualified for the position, and given everything that has already been said, France will never even countenance it.