On July 29, tens of Ukrainian soldiers got perished in a rare incident of friendly fire. Why did Zelensky-led Ukraine kill them? 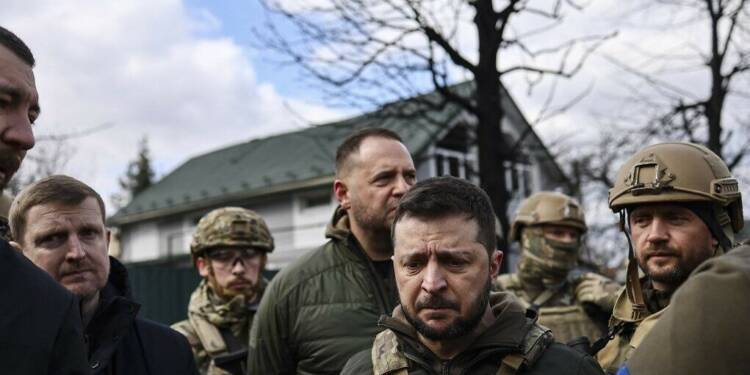 (Source: The Times of Israel)

At least 50 persons were killed and an estimated 75 were injured as a result of intense shelling that occurred over Olenivka detention facility in Donbas on July 29. Most of the prisoners inside the detention centre were the militants of the neo-Nazi Azov battalion who were arrested by Russian-backed forces in the so-called state of Donetsk People’s Republic.

Immediately after the strike, Ukraine claimed that Russians have bombed the facility, which killed its fighters. But, Russia claims that Kyiv committed a war crime by targeting its own imprisoned soldiers. This time, the US also appears to be backing Russia’s statement that the incident was actually one of friendly fire.

The West had to accept the Russian claim because the shelling was done by the US-made HIMARS missile system that was delivered to Kyiv a few days ago. Several traces of HIMARS missiles were found at the site.

A US Defense Department official officially confirmed that Ukrainian forces were behind the strike on the Olenivka detention facility housing Ukrainian prisoners of war in the Donbas, but, “they did not mean to do that.” He suggested that the missile was mistakenly fired.

Finding itself caught in the hot tub, Ukraine came up with another white lie that blamed Missile’s inaccuracy for the “accident”. A senior Ukrainian official told Newsweek that the Ukrainian side is “shooting blind” because they “do not have the technology to find and correct targets for artillery strikes.”

Zelensky lying through his teeth

Even this claim of Ukraine doesn’t hold ground. The HIMARS missile system is praised for its accuracy; so, there’s no reason to believe that the strike was unintentional.

Ukraine’s intention to bomb the Olenivka detention facility was to simply terminate Azov militants. But Why? Why would Zelensky’s regime want to kill its own men, who sweated blood for Ukraine before getting arrested by the Russian invading forces? The answer is – Zelensky’s dirty secrets that the imprisoned soldiers could have revealed to the world.

A few days ago, a UN report called out Ukraine as responsible for committing war crimes, as it used innocent patients as a human shield to escape Russian military assault. But, that’s just the tip of the iceberg. Zelensky and his men have committed countless unpardonable sins on the battlefield.

Several independent media reports made it clear to the world that Ukraine has committed several war crimes in Donbas and Luhansk regions.

The arrest of Ukrainian soldiers must have unnerved Volodymyr Zelensky and his top officials because they could have spilled the beans about how Zelensky’s regime mistreated them, left them to fend for themselves and made them to commit war crimes against Russia. TFI Global has already reported the rising resentment against Kyiv among Ukrainian commanders and fighters. So, a desperate Kyiv has now resorted to executing its own soldiers to prevent these dirty secrets from reaching the world.

Zelensky wants to save his face

There is absolutely no plausible justification for why Russia and the DPR would blow themselves up when they could easily eliminate these imprisoners without drawing the world’s attention.