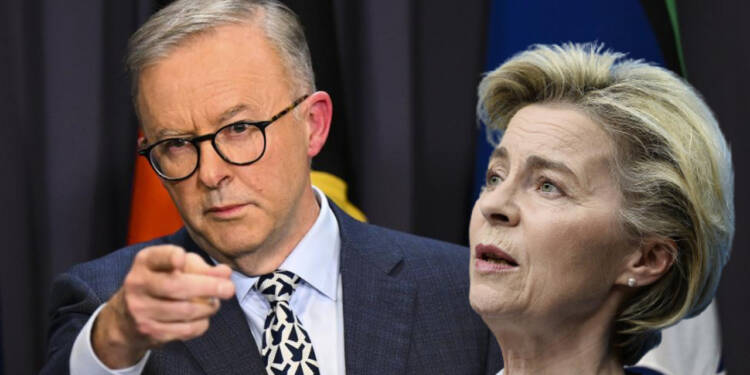 Australia has dropped a bombshell on Europe. Europe which is already bleeding after sanctioning Russian energy imports will be soon out of breath by this jolt.

European economies which were shifting toward clean energy yesterday, have no other option but to go back to coal today. But Australia which has the third largest coal reserves in the world has denied giving any more coal to Europe.

A recession that is already looming over European economies is all set to worsen.

The Ukraine conflict and Russian sanctions have altered Europe’s energy use like never before. The largest Russian gas consumers in Europe are scrambling to find alternate fuel sources. They are planning to burn more coal to make up for the decreased gas supplies from Russia, as an energy catastrophe looms over their head.

Furthermore, European Union’s diktat for member states to reduce gas demand by 15% will make them burn more coal. All in all, the increased coal usage in power plants will lead to more demand for coal from overseas.

Europe which imported almost 50 percent of coal from Russia is actively looking for alternatives after placing an embargo on Russian coal.

This also helped Australia as China had banned its coal imports after the former prime minister Scott Morrison sought an independent inquiry into the coronavirus outbreak in China. However, a recent report by Bloomberg suggests that senior Chinese authorities have been presented with a plan to begin importing Australian coal. And all this is because of concern that European export restrictions on Russian coal would further drive-up prices worldwide.

If Australia starts exporting coal back to China, Europe will be the sole loser. Pranay Shukla, associate director at S&P Global Market Intelligence said that if the thaw between Australia and China on coal starts to break, “Australia is expected to leave Europe and its allies with tighter coal supplies who are already depending on Australia as an alternative to Russian coal.”

In recent weeks, concerns about an economic downturn have caused a considerable decline in commodity prices generally, but coal prices have remained high.

With more and more countries looking for coal and with the winter approaching, losing Australia as an alternative will deal a heavy blow to the continent. Europe will have to find a new source for more than 40% of its total coal imports.

Europe’s ban on Russian coal is scheduled for August onwards and the major economic brunt will be faced by countries like Netherlands, Germany, and Poland who were heavily reliant on Russian coal and are struggling with alternative. Europe’s entire economic system is in danger of collapsing. And, if Europe fails to find alternatives, it can very well be de-industrialised.

What do you think, is there any way out for Europe from this crisis or is it doomed? Do let us know in the comments.