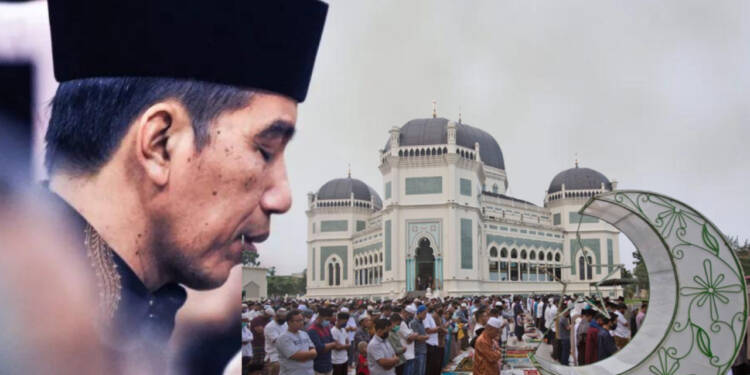 Indonesia, the world’s most populous Muslim nation has long been an extraordinary example for several societies in the world. Despite its large Muslim population, the constitution of Indonesia has always protected religious freedom and the government’s secularity.

Understandably, the basic feature of democracy is not something that is quite extraordinary, but several nations in South Asia and the Middle East like Afghanistan, Pakistan, Syria, Iraq, Iran, etc. have a history of quashing minority rights and discriminating against women.

The extensive history of state-sponsored atrocities by these Islamic states in South Asia and the Middle East is exactly why nations like Indonesia should be celebrated for holding the pillars of democracy. Southeast Asian nations have depicted tremendous potential despite suffering from complicated problems.

Read More: Ireland slept over its Islamism problem for a long time, the consequences are here now

Malaysia, for example, has granted permanent residence to Zakir Naik, a presumed Islamic Scholar whose organization was banned by the Indian Government for promoting unlawful and radicalized activities in the country.

Naik has long attempted to incite communal violence in India, and despite his reputation, Kuala Lumpur’s nod to take him in is not at all favorable for the stability of the country.

Firstly, Malaysia would risk diplomatic ties with New Delhi and creatures like Naik would not sit idle in Malaysia either, he would carry on with his agenda and would risk destabilizing Malaysian politics.

Indonesia – The Next Middle East

Recent developments in the Middle East are outright scary for the minority population in the country. The Indonesian House of Representatives has passed a law that declares that  the customs of the Minangkabau, the largest ethnic group in West Sumatra Province, are based on the philosophical values of “Shariah law, and Shariah is based on the Quran.”

“The new legislation was requested by senior West Sumatran politicians and community leaders with a justification that the prevailing legal customs of ethnic Minangkabau have traditionally utilized the Quran as one of the legal foundations of customary law,” Alexander Raymond Arifianto, a research fellow at the Indonesia Program at the S. Rajaratnam School of International Studies said.

The amendment is outright a democracy killer. Several minority groups including Christians and Buddhists would find themselves under mandatory Sharia Law in Western Sumatra.

The ultra-conservative Aceh Province is the only part of Indonesia with the authority to enact widespread Islamic law because it was granted special autonomy status by the Indonesian government as part of a peace agreement with the pro-independence Free Aceh Movement (GAM) in 2005.

However, the leaders of West Sumantra have been long trying to bring about a similar status for their province. Efforts to introduce Sharia laws have been made for many decades but have always been quashed due to the unavailability of legal grounds.

Radicalized leaders of the province have lately been targeting minority communities like Christians, and Buddhists and trying to quash the uprising for LGBTQ rights. West Sumatra Province has a population of over 5 million people, and more than 130,000 belong to minority groups, such as the predominantly Christian residents of the Mentawai Islands. There are also sizable Batak, Javanese and Sundanese populations, as well as Buddhist residents.

Ethnic tribes and populations practicing their cultures for thousands of years risk coming under the oppressive Sharia law. The practice is derogatory, not only for non-muslims but also for Muslim women. Human Rights groups must’ve been freaking out at the reverse development in Indonesia.

We know from history that an efficient way for economic prosperity and development of a nation is by banishing the radicalized elements of the state before they poison the whole well.