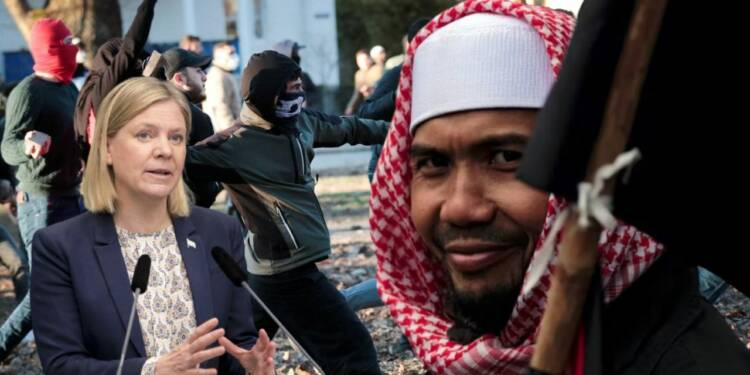 Sweden has historically been a safe haven for refugees. According to Brookings analysis, it has taken in the most refugees per capita in Europe, thus ranking third globally behind only Canada and Australia.

However, welcoming nature of Sweden has come to bite it back. It has witnessed several riots in the recent past. One of the noticeable things about all the recent riots was that they were all pocketed in regions having a large immigrant population.

But, a new law by Sweden says ‘enough is enough’. It declares immigrants and Islamists in particular “alien” to the country.

In April this year, violent confrontations broke out between police and citizens who were outraged by alleged far-right plans to burn copies of the Quran, leading to the arrest of over 40 people in Sweden. 200 people were involved in the violence and at least 104 police officers were injured.

The riots were clustered majorly in Malmo, the third largest city in Sweden. Similar kinds of riots over the Quran in 2020 were held in the same city. In 2016, unrest occurred simultaneously in the Swedish towns of Norrköping and Borlänge, primarily in Muslim-dominated public housing areas.

Cities of Sweden have been regularly rocked by such riots after the 2015 refugee crisis. Over the course of three months, 114,000 largely Muslim asylum seekers entered Sweden, mostly in Malmö and small towns in the south, significantly beyond the capability of the government and civil society groups while drawing continual media attention.

Moreover, these riots occurred especially in the immigrant-dominated areas and then spread to other areas in different cities of Sweden. Sweden has therefore understood the consequences of unabated immigration.

Immigration Minister Anders Ygeman has suggested that Sweden should seek to limit the concentration of people with immigrant backgrounds in the most troubled areas of its cities. The majority of residents in some districts of Sweden, according to Ygeman, are from countries other than the Nordic ones.

Ygemen said that country will bring in a similar target to that of Denmark, where the ruling Social Democrats have brought in a target that no housing development in the country should have more than 30 per cent of the population with a non-Western background by 2030.

There are countless reports that prove the fact that the establishment of Ghettos gives a rise to the crime rate in the area. Swedish police have already highlighted such areas. The police define Sweden’s “vulnerable areas” as areas “characterised by a low socioeconomic status where criminals have an impact on the local population”.

This is not the first time Sweden’s politics have been centered around Muslims and immigrants. Ulf Kristersson, leader of the right-wing party, the Moderates, in May, said that the Moderates want to deport foreign citizens who have a connection to criminal gangs before they commit a crime in the country.

Ulf Kristersson had said, “Those who live in gang-criminal environments are a threat to Swedish security. It is not a right to be in Sweden in general if you are not a Swedish citizen.”

All in all, Sweden’s actions don’t come as a surprise. Swedish culture is centred on conformity. Maintaining support for a welfare state is made easier by having the conviction that other people are like you and they also share your ideals. However, that is not at all what Islamists desire, thus the government of Sweden is pretty sure that it’s time for the Islamist ghettos to leave, in order to protect its society and people.