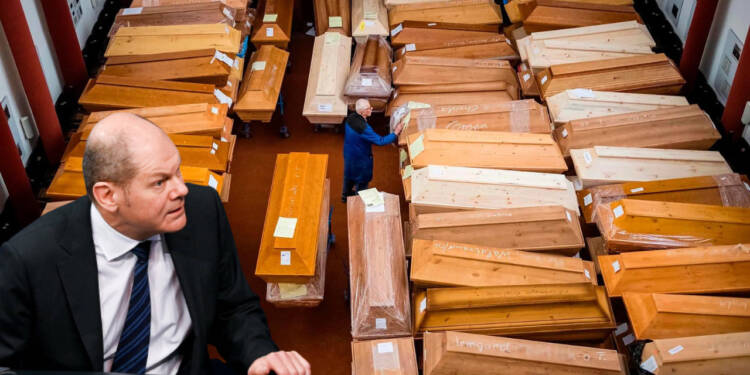 Germany is renowned for having a lengthy and rich history that has placed it at the forefront of European politics, thought, and art for more than a thousand years. This past has formed a culture that has embracing literature, the arts, philosophy, logic, and reason.

Today, over 83 million people live in Germany, together with a wide variety of religions, cultures, and traditions that contribute to the country’s distinctive national identity.

However, a lot has changed in the last five months. In February, when the war between Russia and Ukraine broke out, Germany put Nord Stream 2 project on hold in opposition to Russia’s invasion of Ukraine. It continued its anti-Russia approach by imposing several sanctions on Russia to target Moscow both financially and economically. Also, the Nord Stream 1 pipeline on which Germany was dependent on, has reduced its supplies to 20% of its capacity.

Apart from being thrown into de-industrialized, the gas crunch in Germany has attacked the right to dignified even after death.

Most Germans prefer to be cremated when they die, which could be an issue if Russia shuts off the gas. Crematoriums are creating backup plans to deal with the rising expense of gas and there is an immense possibility that the services won’t be available at all.

The chairman of Germany’s cremation consortium, Svend-Joerk Sobolewski, is pleading before the government that in the case of any rationing, the industry should be prioritised because most crematoriums require gas to operate.

With a lot of pain, he added, “You cannot switch off death.”

According to statistics from the German undertakers’ association, about three-quarters of the approximately one million persons who die each year in Germany are cremated.  It stemmed in part, Stephan Neuser, the association’s head said, from a tradition in the former east Germany. Nearly all burials are done through cremation and it continued as families that relocate and an ageing population prefer urns to graves that they would be unable to visit and maintain.

However, crematoriums would have to eventually stop because of the dearth of Russian gas. In order to prevent the closure of practice, one immediate option would be to lower the average oven temperature from the present 850 degrees Celsius (1,382 degrees Fahrenheit) to 750 degrees Celsius (1,382 degrees Fahrenheit), which might save between 10 per cent to 20 per cent of gas.

But the move will need a special permit from the state authorities. Karl-Heinz Koensgen, manager of a crematorium in Dachsenhausen, western Germany said, “In the event of a gas failure, we would be able to continue operating the plants that are hot. That means we could then continue to work with reduced power.”

Crematoriums are also considering to run the crematoriums from gas to electricity as an option, but the move isn’t viable as it will take time.

Germany is sitting on a powder keg; the Russian energy embargo has aggrieved the crisis and Germany has no one but itself to blame. Germany has played all its cards to save itself from the shortage of gas.

From asking countries like Finland to help its energy bankrupt companies, the German chancellor asking citizens to reduce their shower time and asking EU member states to reduce gas demand by 15% to save its economy which is on a verge of recession, have all miserably failed. These moves highlight a single fact: GERMANY IS DOOMED.

At the end of the day, Germany doesn’t necessarily need to self-sacrifice its economy and interests in order to save Ukraine’s sinking fortunes. Germany may soon realize its economic war against Russia is unaffordable and unsustainable.

Experts believe that a continued fuel crisis and violation of such basic rights can trigger anti-government protests in the country. If Berlin continues to tread the perilous path of taking a strong anti-Russia line, it will be fast approaching its doomsday. With increased inflation and curbing of basic rights, the Germans will be forced to take to the streets to vent out their anger and frustration.