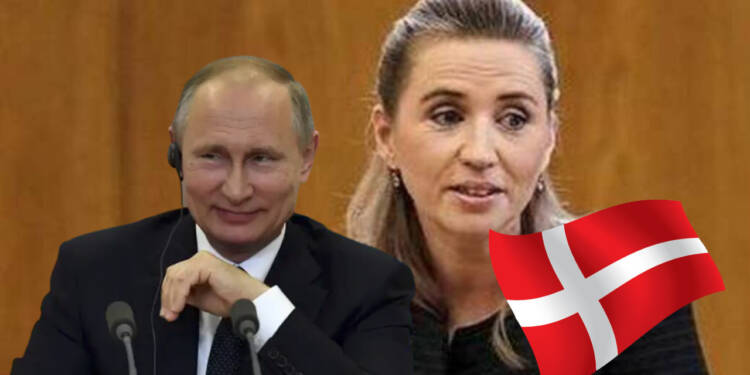 As the West took Russia at the helm, Russia in payback curbed supplies following the Ukraine war. Last week, Gazprom restricted gas flows through the Nord Stream pipeline to Germany to 20% of capacity, citing issues with equipment.

Although Denmark is on the safe side. Its gas reserves are about 85% filled, which is as per the mandate of the European Union. But, in the long term, Denmark is also entering the red zone.

The Danish government had great expectations from its Tyra II gas field in the North Sea as its redevelopment was underway. But, some recent consequences have developed concern within Copenhagen.

TotalEnergies, the French multinational integrated energy, and a petroleum company has announced a delay of the redevelopment of the Tyra Gas field.  In a recent press release, the company declared that the work on rebuilding the field will be delayed for atleast a year.

This means, the deliveries of gas from the North Sea won’t be possible until the winter season of 2023/2024. The Tyra field used to supply 90% of the natural gas to Denmark until its closure in September 2019.

As the seabed beneath the Tyra field sunk as a result of the extraction, it was necessary to renovate the infrastructure. The Danish government vowed to refurbish eight old platforms, build some additional terminals and revamp the process modules.

But, due to the rippling effects of the COVID-19 pandemic, the supply chains, and workforce shortages, have affected the construction of the process modules.

Copenhagen had expected that it would be able to wean off from Russian dependency with the help of Tyra II by next summer, but this doesn’t seem to be the case now.

Back to the European Market

In June, Denmark became a victim of Russian counter-aggression as Gazprom stopped gas supplies to Shell Energy Europe and Denmark’s Ørsted as they refused to abide by the ruble-payment mechanism.

Denmark was not bothered about it at all since it was confident that the winters would be pleasant for them because of its 85 percent full reserve. But, the EU’s recent 15% gas reduction diktat has also concerned Denmark. Now, the Tyra II gas field is also delayed.

Denmark had aimed to temporarily increase its gas production and become a net exporter of gas next year. But now, they would be cooling their heels. Denmark has to go back to European Market which is also unfortunately Russia-linked.

Martin Hansen, deputy director of the Danish Energy Agency stresses that the delay of the Tyra II project is a bad sign as it means reliance on Russia. She stresses, “Unfortunately, the delay in rebuilding Tyra will prolong our dependence on gas from the European market,”

One must never forget that Europe has deep dependence on Russia for its energy supplies. The sole natural gas supplier in 2019 for North Macedonia, Moldova, and Bosnia & Herzegovina was Russia. Whereas, the case of Germany is world known.

Denmark was an exception since it possessed a gas field that was providing for all of its energy needs and was fully operational. After its closure, the country started importing about 75% of its gas supplies from Russia via Germany.

Now, Copenhagen has only one chance to save itself i.e. by retreating to Russia and resume the supplies to pre-war levels. Believe it or not, in the future, Denmark would be backtracking on some of its recent steps to thwart Russia. So, Denmark would be hopping into Mother Russia’s lap anytime now.