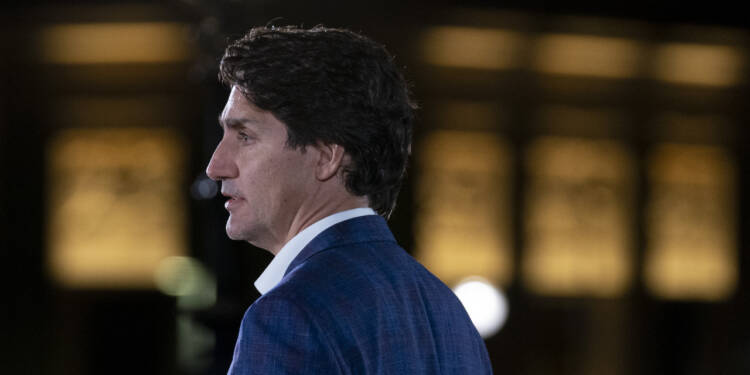 The 2015 fresh Prince of Canadian politics is indulged in face-saving acts. Hilariously, his celebrity hair and rockstar aura doesn’t let him to.

Poor Canadians know very well that Trudeau is facing a reputation hit but what you don’t know is that your Prime Minister is fighting tooth and nail to stop that from happening.

You see, the Justin Trudeau brand is in trouble these days but it’s alright if the citizens of Canada aren’t aware. Because, the country’s very own media is fooling them. The media is all about showing the ‘Crime Minister’ of their country in a good light.

You see, the approval rating of Trudeau is continuously taking a hit. About 34 per cent of Canadians approve of the Trudeau government’s performance, with a 51 per cent disapproval rate, a national poll from Abacus Data found. The lowest number ever recorded.

At times like these, Trudeau thought of playing with the minds of poor Canadians. He knows the trick of the media’s bullet theory. What media shoots at the public they tend to perceive. So, he’s showering the state media with money to portray him in a good light.

And guess what? The media got sold. When the countrymen are having a very negative view of the PM the media isn’t covering anything against Trudeau because there’s a new TRP killer in the house.

But Canadians are not that naive to understand the real big guy who pays the bonuses for the CBC employees. Kowtowing to Trudeau is the USP of CBC. Such is the propaganda being spread by the CBC that it would shame even the media outlets.

Canada has been severely hit by Trudeau’s authoritarianism and his sweeping, draconian policies but the media has nothing to cover about that.

The love of the state media and Mr. Trudeau is long known. In the past two years, Canada never really came out of the Chinese scare with restrictions still going in full flow. Outdated approaches to federalism have resulted in insufficient collaboration around the procurement of essential goods and equipment, poor policy coordination (like travel and health policies), incoherent province-to-province health measures, and inconsistent public messaging.

When everyone was lambasting the inept attitude of the government, CBC employees were bathing in a pool of money. The documents, first obtained by Blacklock’s Reporter, show that in 2020 — Canada’s first COVID-19 case came in late January that year — the public broadcaster spent $15 million on bonuses to employees. In 2020, there were 1,034 full-time employees who received bonuses. On average, that’s about $14,500 per employee. Then, in 2021, with the pandemic in full swing, $15.3 million was paid out. There were 1,033 full-time employees who received bonuses. That’s an average of about $14,800 per employee.

Many of you might have caught our drift now. Trudeau was raining the media with money just to show him in a good light.

Franco Terrazzano, a member of the Canadian Taxpayers Federation, said it’s unjustified to pay bonuses during the pandemic. “It’s completely unfair to be handing out bonuses while so many taxpayers struggled through the pandemic with pay cuts, job losses and even business losses,” Terrazzano said.

Well, everything is fair in ‘Trudeau’s Canada’.