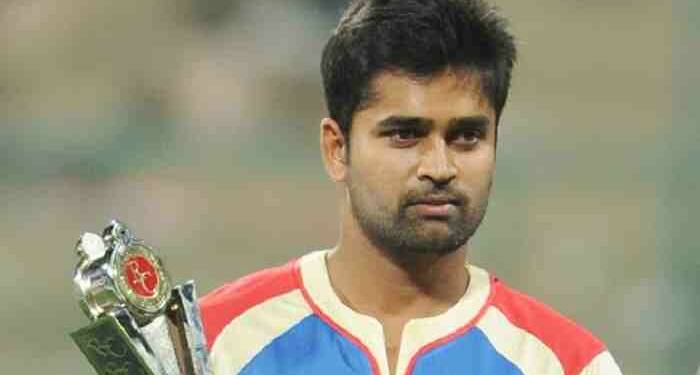 Ranganath Vinay Kumar was born on 12 February 1984. He is a former Indian cricketer who played in Tests, One Day Internationals (ODIs), and Twenty20s. In this article we are going to talk about the biography, career, notable works, and family of Vinay Kumar so read the article till the end.

He is a right-arm medium-fast bowler who has played for Karnataka as well as Royal Challengers Bangalore and Kolkata Knight Riders in the Indian Premier League. In the 2013-14 and 2014-15 seasons, he led Karnataka to two consecutive Ranji Trophy titles.

He played his 100th Ranji Trophy match in November 2018.  He relocated from Karnataka to Pondicherry in August 2019, ahead of the 2019-20 Ranji Trophy season.

He took his 400th wicket in the Ranji Trophy during the first round of matches. Kumar announced his retirement from all forms of the in February 2021.

In the 2009-2010 domestic season, he had the most wickets. In the 2010 IPL, he took 16 wickets, the most of any pace bowler in the tournament. This resulted in his selection to represent India in the 2010 ICC World Twenty20 in the West Indies.

He appeared in one tournament match, taking two wickets for 30 runs in four overs in India’s five-wicket loss to Sri Lanka.

Vinay Kumar joined Kochi Tuskers Kerala for the franchise’s first and only season in the IPL in 2011, having been purchased in the pre-season auction for US$475,000.

He also returned to the Indian team, being chosen for limited overs tours to the West Indies and England. He took one for 46 from nine overs in the dead rubber fifth match of the ODI series against the West Indies. He then took two wickets in three One-Day Internationals in England.

Later that year, he played four One-Day Internationals (ODIs) in India, two against England and two against the West Indies. At the age of 27, he was called into India’s Test squad for the first time in December as a replacement for the injured Virat Kohli.

Vinay Kumar made his Ranji Trophy debut against Bengal in the 2004-05 season, after being selected for Karnataka’s Ranji Trophy team.

In the 2007-08 Ranji Trophy season, he was the second-highest wicket-taker with 40 at an average of 18.52. In 2008, he signed with the Royal Challengers Bangalore for the inaugural Indian Premier League (IPL).

He is known colloquially as “The Davangere Express.” He is widely regarded as the world’s fastest off-spinner, capable of opening the bowling for any team.

ESPNcricinfo compares Vinay Kumar’s bowling style to Venkatesh Prasad’s, stating that he relies “more on outswingers, leg cutters, and accuracy than on outright pace.” His lack of pace in his Test debut against Australia in January 2012—bowling at 120 kilometers per hour in his opening spell—was described as “disappointing” by former Pakistan fast bowler Wasim Akram.

The Indian Express, on the other hand, made the following observation about Vinay Kumar’s performances during his breakthrough 2010 IPL season.

He bowls neither too fast nor too slowly, and he lacks threatening in-swingers or deliveries that shape away from right-handers. But if Vinay Kumar has mastered one skill, it is the crucial one of picking up wickets.”

We hope this biography article of Vinay Kumar will be helpful for you to understand his journey and works.