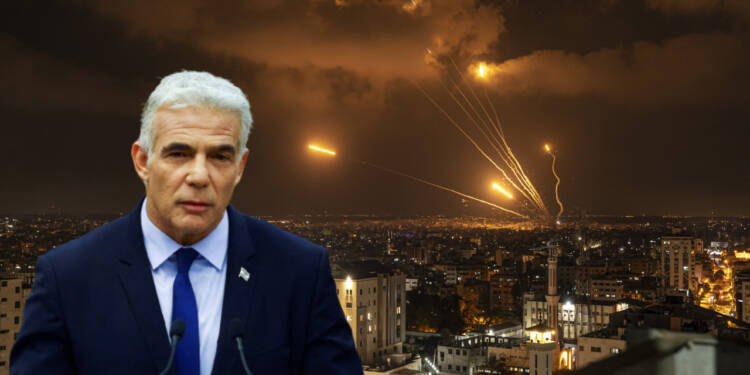 The Israel-Palestine conflict has always been a major destabilizing issue in the Middle East. The conflict has taken a toll on thousands of lives and has stretched for more than seven decades.

Israel has been a part of several wars after the second world war and has successfully been able to protect its sovereignty from terrorist outfits. However, with the rise of more efficient resistance in Gaza and the West bank, it became increasingly difficult for Jerusalem to maintain peace and order.

But, a recent operation codenamed “Breaking Dawn” changed it all.

Israel is on a spree to eliminate terrorists in Gaza. According to recent reports, Israel has killed a second top militant from the PIJ (Palestinian Islamic Jihad group).

Many PIJ fighters, including leaders Khaled Mansour and Tayseer Jabari, are among the 31 Palestinians that were reportedly eliminated.

According to an Israeli official, the operation was in response to the several hundred Palestinian rockets and mortars that have been fired at Israel since Friday and the “immediate threat” from PIJ.

For the first time since the 2021 conflict, Palestinian rockets fired from Gaza reached Jerusalem on Sunday.

The attacks took place after Jerusalem gunned down senior PIJ leader Khaled Mansour in an air strike in Gaza.

Amid rising threats of an impending attack on Israeli soil by the rebel forces, Jerusalem has been very occupied in containing the threats from the PIJ outfit in both Gaza and the occupied West Bank. Several members of the PIJ have been arrested by the Israeli security forces from the West bank.

One might wonder about the role of the infamous Hamas terrorist outfit in the ongoing struggle. Well, Hamas has been working in coordination with the PIJ forces and also reportedly shares an identical ideology. However, Hamas seems to have a kept a distance in the current scenario and is not giving Israel any reason to hunt them down again.

Hamas reportedly acts as an administrative body in Gaza and that is exactly why the former has abstained from getting its hands dirty in the recent conflict. Nevertheless, Hamas has issued strong statements saying that “resistance groups” are united.

It looks like Hamas is keeping distance only until the fighting starts affecting them and their extended resources. Hamas would have to step in if the situation in Gaza begins to worsen to heightened levels.

Israel on the other hand, as we have seen from history is more than capable of handling multiple terrorist outfits. Jerusalem has never abstained from using force in response to the slightest of aggression towards them.

The US State Department has reportedly urged all parties to prevent further escalation and has acknowledged its support for Israel’s right to self-defence.

Egypt has also stepped in as a mediator between the two sides, reportedly sending a delegation of officials to Israel on Saturday to act as a go-between.

Although, it looks like Israel is in a mood to neutralize the PIJ outfit all at once and would continue its operation. The Israeli military is warning this latest operation codenamed “Breaking Dawn” and it may continue for a while.

PIJ should be deeply worried about promoting any further escalation if they wish to avoid the wrath of the Israeli defence forces. Naturally, Hamas is keeping its distance to avert the consequences of the conflict from befalling themselves and rightfully so.