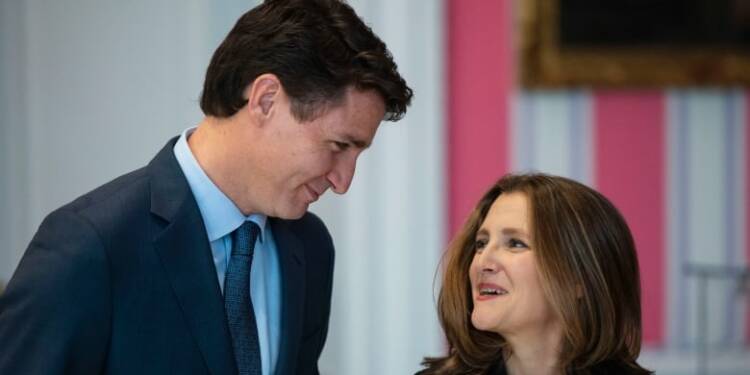 “When in doubt, kill.”  This motif appears frequently in Martin Scorsese’s films. Justin Trudeau also pulled off a Scorsese in Ottawa but no one to dared to notice the brilliance of the Canadian prime minister.

In 2019, The National Security and Intelligence Committee of Parliamentarians in Canada presented Trudeau with a report. Just eight days after that, Trudeau did a Scorsese that helped him stay in power.

NSCIOP is a body that reviews the activities of the government of Canada’s national security. In 2019, NSCIOP presented a report that had all the ingredients needed to make Trudeau go fury.

Just eight days after the report was presented, Trudeau crafted some big scenes in Canadian polity. In fear of the report hammering his political stature, Justin Trudeau hastily called for a snap election on September 11, 2019. But what is that revelation that prompted a liberal maverick like Trudeau to lose patience and jump into such a big decision without any second thought?

NSCIOP found ample evidence that Justin Trudeau and Chrystia Freeland were under the influence of foreign governments, mostly Germany. The report also sheds light on the role that state actors like the World Economic Forum played in the Canadian government.

Unlike in the past, the deputy prime minister of Canada has recently received enough media attention for being on the wrong side of politics. Freeland’s Nazi roots got exposed. The deputy prime minister’s milder attitude on neo-Nazis in Ukraine was questioned, and the most embarrassing and disgusting aspect of all was her strong obedience to Klaus Schwab’s WEF.

Read more: Canada has an airport problem—But Trudeau is flying to costa Rica for vacation

Germany recruited Chrystia Freeland in April 2019 (when she was the head of global affairs in Canada) to assist Germany in saving its economy. NSCIOP’s finds also mention the active role of foreign countries in espionage activities in Canada. And the one who tops the list is Canada’s WW1 enemy Germany.

“While the majority of elected and appointed officials conduct their business with genuine integrity, some are wittingly or unwittingly subject to foreign interference activities, jeopardizing the integrity of Canada’s system of government” mentions the NSCIOP 2019 annual report.

The NSCIOP specifics were so unusual that Trudeau was obliged to make a quick decision to announce snap elections. NSCIOP sticks to the claims that Canada during the 2019 times was largely influenced by third-party countries. This was a clear threat to Canada’s security, but the Canadian political scene favored the youthful leader Trudeau.