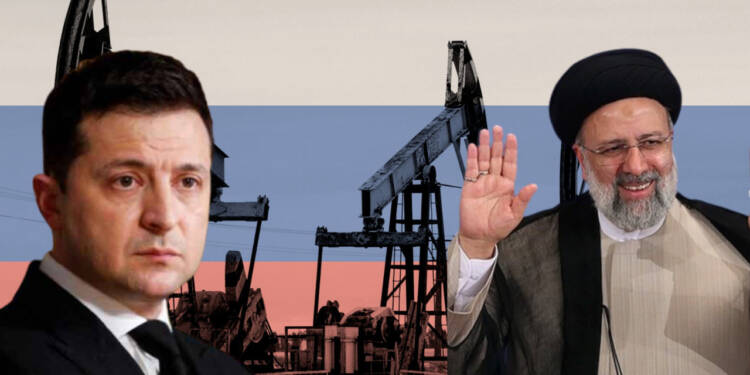 Russian pipeline monopoly Transneft said on Tuesday that Ukraine has blocked flows of Russian oil pipelines to regions of central Europe since the beginning of this month. Apparently, it turns out that Zelensky’s lust for Russian money is driving his anti-Europe actions. Western sanctions prevent Kyiv from taking transit fees from Moscow.

So, Ukraine is resorting to energy-blackmailing Europe. However, this is not the first time Ukraine has done something of this sort. In May too, it had halted Russian gas flow to Europe. It stopped the flow through Sokhranivka, a transit point in Ukraine that carried approximately a third of the gas pumped from Russia to Europe. The move had sent European gas prices soaring. Now, Ukraine’s move to block Russian oil supplies is expected to exacerbate the situation.

While the northern Druzhba pipeline servicing Poland and Germany remains unaffected, flows down the southern route have taken a severe hit.

Countries like Slovakia, Hungary, and the Czech Republic will face the music as a result of Ukraine’s actions as they largely rely on Russian crude and have limited ability to import alternative supplies by sea.

Slovak pipeline operator Transpetrol and Hungarian energy company MOL have confirmed that the flows have been reduced.

The alternatives to Russian oil

Speaking of Hungary, a country close to Russia and Iran, its options for importing oil supplies are limited. The Adria pipeline, which connects Croatia’s Omisalj oil terminal to Hungary’s Duna refinery, allows Hungary to import Russian oil. But here’s the catch. The route’s capacity is limited and alternative shipments are significantly more expensive.

The fact that Slovakia must buy oil through Hungary limits its choices for alternative oil imports even further.

The Czech Republic may look for its supplies through the Transalpine (TAL) pipeline. However, traders warned that the route is operating at or near its maximum capacity and might not prove sufficient to meet extra requirements.

To put things in perspective, Russia supplies around 250,000 barrels per day (bpd) via the southern leg of the Druzhba pipeline. Therefore, it’s not going to be easy for the Central European nations to secure alternative energy supplies.

Iran oil- The most viable alternative

And that’s where the Iranian angle comes in. Hungary has, in the past, made its intentions clear to have formal talks of oil deals with Iran. Just two weeks ago, Hungarian Foreign Minister Peter Szijjarto had a talk with Iranian counterpart Hossein Amir-Abdollahian in which both leaders agreed on shoring up Europe’s energy security.

Hungary is now looking forward to expanding cooperation with the Islamic Republic of Iran. Moreover, Iran in May had said that Tehran was considering the possibility of exporting gas to Europe. Iran also wants to get indulged in an ever-expanding level of economic and trade cooperation with several countries of Europe. So far, American sanctions have prohibited Europe from importing easy energy supplies from Iran, although countries like France have already started developing cold feet. French officials lately said that they support bringing Iranian and Venezuelan oil supplies back into the international oil market.

In May, it was also reported that a Panama-flagged tanker was carrying sanctioned Iranian oil through Italy and Croatia. Such shipments are bound to increase in the future if Ukraine’s blockade of Russian oil isn’t lifted anytime soon.

Remember, 26.9% of Europe’s total crude oil imports come from Russia. And if Russian oil imports are to be gotten rid of, Iran seems like the only viable option available for Hungary and European countries. Iran accounts for about 9.5% of the world’s total oil reserves, ranking 4th in the world. Ukraine’s mistake of blocking Russian oil supplies, thus, will put Iran in a commanding position vis-à-vis its diplomatic and economic engagements with Brussels. And with the help of Hungary, Tehran would soon become the energy king of Europe.

Trudeau and Freeland surrender before Truckers