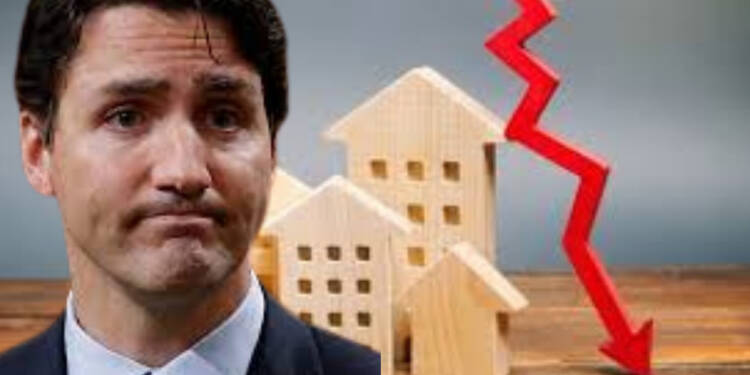 To help those in need is surely a great deed. But if it comes at the cost of sacrificing what you or your own people have, the benevolence needs to be reconsidered. Ignoring local citizens’ concerns to fulfil the luxuries of foreigners is not generous or ethical. However, this is exactly what the liberal Trudeau regime has been doing and labelling as its goodwill.

Canada is known to have one of the most lenient immigrant programs. Several foreign nationals, who fear persecution and are unable to get protection in their own country, are seeking refuge in Canada.  Additionally, easy Visas and PR programs attract thousands of students to its shores. The influx of individuals in search of academics and jobs, however, in turn, helps the Canadian economy and supplies the nation with skilled workers.

Luxuries for refugees, promises for citizens

It looks like the federal government is running a hotel rather than a nation. Though the liberal government deserves credit for letting the persecuted immigrants in, however, it also becomes its duty to figure out and tackle the further complexities.

Recent reports suggest that several refugees have been housed in luxury hotels at taxpayers’ expense. Also, as federal and local officials race for a new strategy, refugees and migrants lodging in hotels and motels throughout Greater Toronto would be overstaying their expected period.

Read More: How successive governments in US turned Canada into a defenseless country with no policies

Moreover, the behaviour of some of these refugees has reportedly been very ungrateful in some hotels. A review by one of the guests staying at the Radisson Hotel Toronto East suggested the slaughtering of goats in bathtubs.

According to the City of Toronto, it has repeatedly been requested that the federal government facilitate a coherent approach to manage the increased number of refugee claimants arriving in the city. However, it looks like the Trudeau administration cares for nothing except for its votes.

While we must commend the Canadian government for welcoming immigrants in need of refuge, the government should be in charge of ensuring that these people become productive members of society rather than just letting them take advantage of the country’s generosity.

Since the start of 2017, more than 34,000 people have entered Canada illegally, placing the country’s refugee system in a precarious situation. Newcomers passing through Quebec have stressed Toronto’s already overburdened shelter system; especially when Montreal announced in April that it would no longer welcome refugees into its own shelters.

While Trudeau is busy housing migrants in luxury hotels, the country is suffering from a real estate crisis. According to the Canada Mortgage and Housing Corp. (CMHC), 3.5 million additional homes must be constructed by 2030 in order to achieve financial practicality.

In the document released on Thursday, the agency outlined the need for a new strategy to address the housing supply constraint in light of increased demand and affordability issues.

According to CMHC, the nation’s housing supply is anticipated to grow by 2.3 million units by 2030, reaching a total of nearly 19 million units, if the present rates of the new buildings continue. But according to the organization, an additional 3.5 million homes are required in order to make housing affordable for all Canadians.

High building costs and unavailability of required capital are on the verge of pushing the Canadian real estate market over the edge. To top all the prevalent problems, Trudeau is spending taxpayers’ money to make the refugees feel a little too welcome.

Maybe he should for once leave the appeasement politics, empower the immigrants to work hard and contribute to society despite handing them freebies.