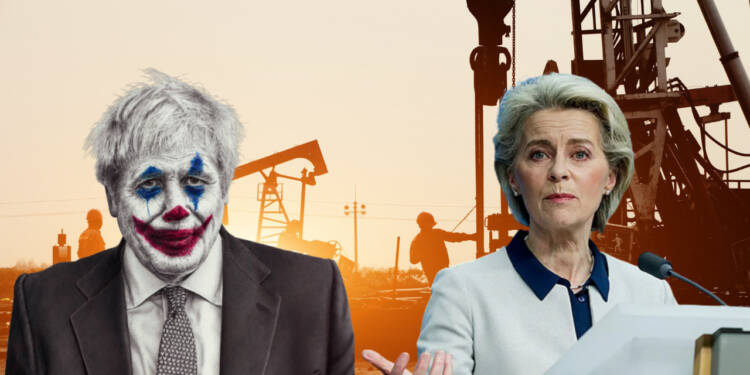 Since Russia invaded Ukraine in February, the EU has been forced to scramble to find alternate supplies. Amidst this, the UK has emerged as an essential gas bridge for the EU.

However, energy companies are blaming the UK for supplying toxic and radioactive gas.

The Financial Times reported on Monday that EU energy companies have criticised London for the toxic and hazardous contaminants found in the liquefied natural gas (LNG) it processes for export to the EU. London has been urged to make the necessary changes.

EU energy companies warned that the issue could force the closure of crucial subsea pipelines this winter as mainland Europe attempts to find a replacement for the gas it typically imports from Russia.

EU nations are frantically scrambling to fill up their gas storage tanks due to concerns that Russia may completely stop supplying gas. The UK has been processing massive amounts of liquefied natural gas that have been arriving at its ports from nations like the US and Qatar to aid in these efforts. After passing through the UK’s energy system, the gas is exported to Belgium and the Netherlands via underwater pipes.

Since March, the two undersea interconnectors that connect Great Britain with Belgium and the Netherlands have been operating at full capacity, sending 75 million cubic metres of gas per day to the European mainland.

EU energy companies have calculated that the removal of the harmful materials has cost them £270 million so far this year. They also warned that, if the situation worsens, maintenance shutdowns may be required.

Among these companies are Fluxys, a Belgian infrastructure behemoth, the former trade arm of Gazprom, which the German government took control of last year and renamed Securing Energy for Europe, and also EDF, a French utility. They have urged National Grid, which is in charge of managing the gas supply in Britain, to act “urgently” to solve the issue.

This summer, Britain increased its exports to the EU because it relies on gas flowing from Europe, which has better storage facilities, to satisfy peak demand throughout the winter.

National Grid has also argued that pressure to keep supplying gas from Britain will “grow and maintain” during the winter if EU storage tanks are not sufficiently full this summer. The supply security of the UK may be impacted by this.

Only 1% of Europe’s entire storage capacity, or four to five winter days of gas, is available in the UK’s stores. While Germany’s capacity is 16 times larger than that of the UK.

The UK energy regulator Ofgem has been asked for permission by National Grid to temporarily boost the maximum amount of gas that can be sent to mainland Europe through the pipeline to the Netherlands. However, a number of energy companies are opposed to the change until the issue of too many hazardous materials is rectified.

Interconnector Limited, a company majority owned by Fluxys that manages the gas pipeline between Britain and Belgium said it was “very surprised” National Grid wanted to increase flows even further. It further said that gas supplies delivered to Bacton this year have “consistently” been contaminated by “solids and liquids,” which have limited its operations and necessitated two shutdowns for repairs.

The issue has affected the “efficiency and effectiveness of the interconnected EU-GB gas market,” according to EDF’s written testimony.

Unwanted solids, commonly referred to as “dust” in the sector, are routinely transported with gas, but senior energy executives told the Financial Times that since April, these solids have been arriving in “never before seen quantities.”

When Russian gas has considerably decreased from Nord Stream 1 to just 20% of capacity, the danger of closure of crucial subsea pipelines would wreak havoc on the European continent. European countries are on verge of recession and the further decrease of gas from anywhere will make the continent de-industrialised. The inflation is already sky-high and protests are already on a rise. At this moment, the UK rather than ensuring the quality of gas, sending radioactive elements is a death knell for the continent.