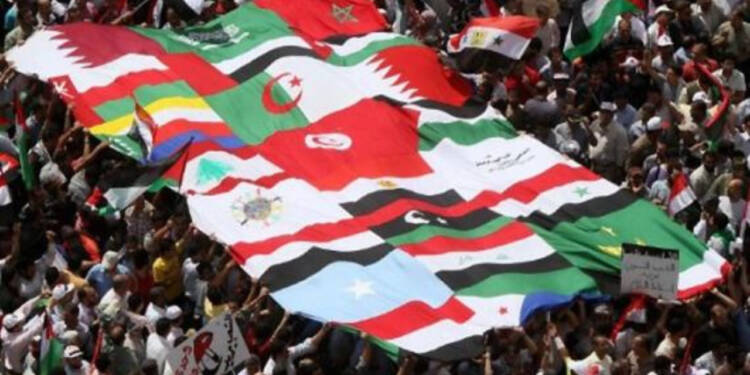 Middle Eastern nations, after an extensive spree of experiments, have now come to consensus with the nature of their political structures. Reports suggest that a majority population in Middle Eastern countries does not trust democracy to ensure economic stability anymore.

The reports would surely be welcomed by the supporters of autocracy all around the world. However, the torchbearers of democracy are expected to be hurt by the growing anti-democracy sentiments.


This current development contradicts the demand for democratic reforms expressed during the Arab Spring protests in several Arab countries in 2011 and 2012. The insurgencies brought down autocrats in Tunisia, Egypt, Yemen, and Libya.

The revolts are believed to have been a mastermind of the Obama regime and were backed by NATO. The initial insurgency was witnessed in Tunisia which led to the country’s authoritarian President Zine El Abidine Ben Ali being kicked out of power just ten days after protests started.

Western leaders at the time including the Obama administration naturally wanted to remove the authoritarian parties and set up friendly governments in the Arab world and Africa so they could have closer access to the local resources and could set up bases.

The demonstrations sparked a flurry of uprisings throughout the Arab world, with people rising up in opposition to dictatorship, fraud, and poverty.

The revolts could not materialize in Syria because the government of President Bashar al-Assad had strong support from Moscow and Tehran. As a result, they were able to resist the proxies of NATO.

The elite nations of the Arab world namely UAE, Saudi Arabia and Qatar remained largely unaffected by the Arab spring. Bahrain’s leadership was able to quash the uprising.

Middle East says no to Democracy

The Arab Barometer network interviewed nearly 23,000 people in several Arab countries and the Palestinian territories. Most interviewees agreed that a democratic setup was unable to provide them with expected economic prosperity.

Most of the nations affected by the Arab Spring returned to status quo with Tunisia remaining the only nation that was able to uphold democracy. In this separated world order, the balance in the Middle East is unquestionably tilting toward authoritarianism. This presents a challenge that the United States and its democratic allies may find difficult to overcome.

America’s mishandled invasions of Iraq and Afghanistan, as well as the negligence of locals rights have diminished the United States position as a reliable partner. The rise of authoritarian powers like China and Russia on the global stage also seems to have inspired the Arab citizens.

The results of the survey underline how the local populace of Arab nations feel about the political structure of their nations. It seems like the citizens of the Middle Eastern nations have long been involved in violent conflicts and supposedly prefer authoritarian regimes to bring peace and economic prosperity.

Tunisia, the only nation to have survived the democratic setup for more than a decade is now heading towards an impending breakup. Tunisian President Kais Saied has tightened his hold on the presidency. By dissolving the parliament, seizing control of the electorate, and moving through with holding a referendum on a new constitution that many believe will increase his authority.

It seems like the last beacon of hope for Democracy- Tunisia has rejected the ideal and is set to return to its original structure. The altered structure of Tunisia would be a nail in the coffin for western control over the Middle East and Africa.