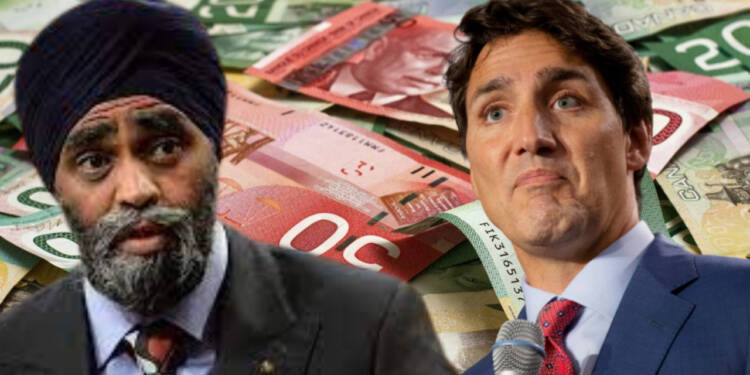 Canada was already performing poorly in the majority of global economic indices even before the war in Ukraine. Recently, the country has scored badly in terms of housing, cost of living, and other factors.

It appears that the Canadian prime minister has literally turned against his own people as he wants to fix the world but not their awful condition.

Harjit Sajjan, Canadian Minister of International Development has announced that the Federal government is going to boost foreign aid for food security. Reportedly, Canada looks to boost over $6 billion annual foreign aid budget to help the most hard-hit countries in Africa and the Middle East.

The WFP’s yearly funding needs have risen to an all-time high of $22.2 billion, according to Sajjan, and Canada is increasing its assistance without cutting back on other development initiatives.

Citing the importance of the issue, the minister pitched: “The Ukraine crisis is creating shock waves when it comes to supply chain and especially food security and impacting the most vulnerable at the most difficult time, we are making adjustments to reflect this … People are going hungry because the prices of food have gone up,”

The minister did not specify the precise amount to be given, but the Canadian International Development Platform, based in Ottawa, predicts that foreign aid increased by 27% to approximately $6.6 billion last year.

Trudeau and his minister may take comfort in the fact that they aren’t scaling back on their development efforts at this time when the rest of the globe is looking to reduce spending. But sadly, they are.

Could Canada tackle the heat?

The Canadian economy has already reached its limit and should be reluctant to contribute anymore. According to the Royal Bank of Canada, the probability of a recession in Canada is mounting as the economic aspects are falling short in the midst of high inflation, interest rate increases, and labour shortages.

The bank predicts that Canada’s GDP growth will decrease, from 4.5% in 2021 to 4.2% in 2022 and then to 1.9% in 2023. Additionally, due to the rising prices and increased use of food banks in Canada, people are struggling to pay their expenses.

In other words, the situation is really bad. In ideal circumstances, the government should act like it is at war to combat the deteriorating circumstance. Trudeau, meanwhile, appears to accomplish the exact opposite.

The Liberals are hell-bent on snatching more and more of Canada’s wealth away from Canadians and redistributing it elsewhere at a time when Canadians have less and less money to spare.

Read More: How successive governments in US turned Canada into a defenseless country with no policies

The money of common Canadians at Stake

The Liberals have repeatedly demonstrated that their true concern is for extracting taxpayer money and distributing them to individuals outside of our borders by offering nothing but moral clichés to Indigenous Canadians.

At a time when people need every bit of extra money, that money could have stayed in Canadians’ pockets, but it instead went abroad.

The liberals have once again put international virtue over the welfare of Canadian citizens. More crucial than repairing his own household is Mr Prime Minister’s public relations strategy. It is understandable why the country has performed poorly under Mr Trudeau.