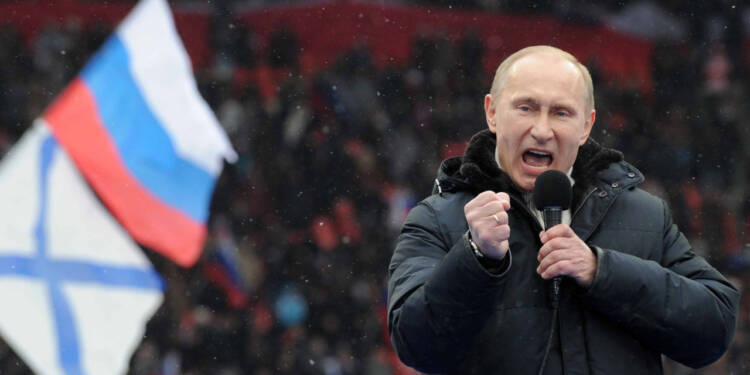 Russia has hit a goldmine in Ukraine. 12 trillion fricking dollars! That’s the amount Russia has effectively added to its coffers just by invading Ukraine, and it’s going to have a considerable impact on Russian GDP in the forthcoming years.

The Ukraine war might have exhausted Russia economically, as experts in the West openly claim, but the return on the investments here is simply eye-popping

Newsweek in June reported that Russia spent $900 million per day in the Ukraine war. Since we are now more than 170 days into this war, Russia’s total spending in the war would have easily crossed $150 billion. Now, take a glance at Moscow’s Return on Investments: $12 trillion. That’s an insane amount of money. That’s 80 times the return on the principal investment. To put things into perspective, the return is nearly equal to the annual Gross Domestic Product of the world’s second-largest economy, China.

Washington Post in its recent study has revealed these mind-boggling figures. As per the analysis, Russia now controls Ukraine’s key natural resources, including energy and mineral deposits. Based on Washington Post’s review of 2,209 deposits, Moscow controls 63% of Ukraine’s coal, 11% of its oil, 20% of its natural gas, 42% of its metals, and 33% of its rare earths, including key minerals like lithium.

From Russia’s perspective, this treasure trove is simply game-changing for its beleaguered economy. At a time when the world is crazily salivating for cheap Russian energy exports, Ukraine’s coal and energy deposits can greatly help Moscow establish its monopoly in important markets like China and India. Moreover, Russia’s usurping of Ukraine’s lithium reserves could help it arm its battery manufacturing industry to teeth and develop its Electronic Vehicle sector. Ukraine’s mineral wealth will also help the Kremlin shore up its much-cherished Uranium and gold reserves.

Read More: Zelensky won’t be defeated by Russia, he will be trampled upon by Ukrainians

Russia’s cunning war strategy is another factor behind its tremendous economic gains. For example, the capture of Mariupol, Ukraine’s industrial hub, has proven to be highly beneficial for the Russian economy. The city is known as a metallurgical stronghold for iron and steelworks, manufacturing of heavy machinery, and ship repairs. Metinvest, Ukraine’s leading metallurgical group, owns some of the country’s largest steel plants in Mariupol.

And then, Mariupol is also an important port for Ukraine. It is the largest port in the Azov Sea region. It serves as a key export base for shipping grains, iron and steel, and heavy machinery to Europe and Middle East countries like Lebanon and Turkey. Through Mariupol, Russia has practically gained control of 80% of Ukraine’s Black Sea coastline, along with the vast marine resources. This is bound to help Russia’s fishing sector flourish at a pace never seen before. Furthermore, the Ukrainian port can help Russia aggressively capture important food markets in Africa and the Middle East.

All in all, Russia’s war in Ukraine is all about short-term pain and long-term gain. The war may keep the Russian economy scarred for one or two more years; but eventually, the $12 trillion booster shot is going to rewrite the story of the Russian economy with a gold-ink pen. Currently, Russia’s annual GDP fares around $1.7 trillion. Even if it takes Russia several years to exploit the usurped mineral and metal wealth from Ukraine, it’s going to make the fundamentals of the Russian economy very strong and stable. Banking on these reserves, if Russia manages to add gross domestic product worth one or two trillion dollars per annum in the coming one or two decades, it can easily surpass nations like Brazil, UK, and France to become the world’s 5th-largest economy. This way, Russia will be able to not just reclaim its past economic glory but also the lost military might.