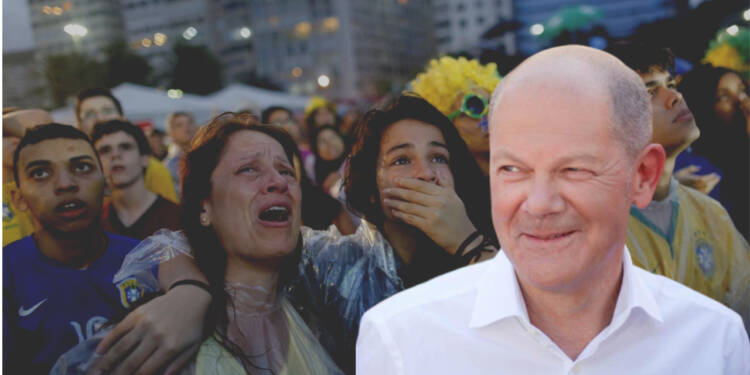 The German government has imposed a levy on German Households. According to Euractiv, German households would pay €500 more a year for gas after a levy was set to help utilities cover the cost of replacing Russian supplies.

The levy will be in effect for two years. The levy would be imposed from 1 October and remain in place until 2024 in a bid to help Uniper – the country’s largest importer of Russian gas – and other importers cope with soaring prices.

While imposing the levy, Economy Minister Robert Habeck reminded the importance of such measures. He said: “The alternative would have been the collapse of the German energy market, and with it, large parts of the European energy market, We need to change in a hurry … In doing so, we sometimes have to take bitter medicine,”

Haeback emphasizes the necessity of such actions for a better future. Well, an additional 500 Euros doesn’t seem like a huge amount before you consider the wider picture. Germans will be paying an additional 40.1 billion Euros in taxes to the government.

Hence, even after recovering the cost of the bailout, the German government would be making a large profit.

So how did we arrive to the very definite figure of C40.1 billion. The math behind it is not too complex. According to the latest data, there are about 40.1 million households in Germany that regularly pay taxes.

The government demands an additional €500 payment from them. Let’s multiply the number of households with additional taxes.

Since, the levy is supposed to be in effect for two years. Let’s double the number.

Let’s convert the number to Billions.

See we told you, it’s that simple.

German Chancellor Olaf Scholz bailed out Uniper by handing them a 15 billion Euros package to save the gas importer that has turned out to be the biggest casualty of Europe’s energy crisis so far.

The government gets richer by €25.1 Billion even if the families get poorer.

If the additional tax isn’t enough, the next surprise for Germans can be much more upsetting. Economic experts have expressed concern that the levy would trigger the already rising 8.5% inflation rate to increase further, especially when several temporary relief measures, like cheap public transportation tickets, are about to expire.

According to Commerzbank Chief Economist Joerg Kraemer, “the levy is projected to increase inflation, including the value-added tax, by approximately one percentage point.” The move also adds to growing indications that the German economy may enter a recession this winter.

Germans will therefore have to pay more for practically all necessary commodities in addition to the increased tax.

Germany’s coffers are running dry. At present, citizens are struggling to manage the effects of supply restrictions from Russia that have pressured gas prices to jump above normal rates.

Olaf wants to make billions in the name of a bailout, when money really needs to be in the pockets of ordinary Germans. Now, that is quite cunning but equally abhorrent and vicious.