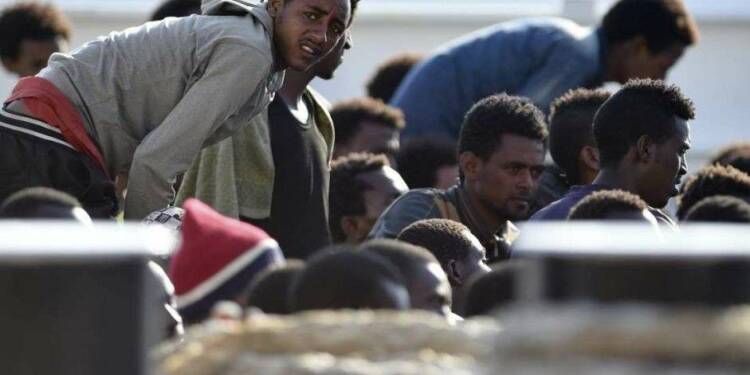 According to Euractiv, The number of migrants arriving in the European Union has seen a significant jump of 86% between January and July compared to the same period last year, the European border agency Frontex has reported.

Out of this, most of the migrant influx was seen in the month of July. The number increased by 63% year on year to 34,570. From January to July, 155,090 migrants entered the EU, excluding Ukrainians, as they have been barred from the classification as they are considered as war refugees.

Most Europeans should be concerned about this trend, as the number of migrants arriving via the Balkan route has now begun to rise. According to the data, more than half of all detections occurred along the Balkan route, with the majority of migrants entering from Syria, Nigeria, and the Democratic Republic of the Congo.

Therefore, at this time, migrants from Syria and Africa are also beginning to pour into the continent.

The acute food and energy crises that arose as a result of supply route disruption have driven mass migration from various parts of Africa, whilst the abrupt increase in the influx of Syrian refugees may cast a hatred spell on Ukrainian migrants. Thus a migrant war appears to be inevitable in Europe.  A war of hatred and dominance within the region.

The quick shift in attitude by EU countries toward other migrants as soon as the Ukraine crisis began to have an impact was alarming to African migrants, who eventually reached a breaking point.

Just a few days ago, a large group of African migrants in Paris stormed into the asylum camp established to house Ukrainian refugees. The group of protestors organized by the activist group “Collectif La Chapelle Debout” demanded “residency rights and housing for all.”

The protesters claimed that African migrants were being abandoned while the Ukrainian refugees were given priority care, housing, and resources. The “Collectif La Chapelle Debout” reiterated in a social media post that there is no doubt that the assistance given to Ukrainian migrants in Paris is motivated by racism and white supremacy.

Although Syrian refugees have not attacked Ukrainians, Syrian migrants’ attitude toward Ukrainians is no different.

Syrians, who have in past years been viewed as a burden have also chastised Ukrainian migrants due to the sudden political shift.

The Syrian believe they were treated like criminals by the government and the media, not as people fleeing war in their home country. Hence, this exposes the hypocrisy of governments that keeps shifting their priorities in accordance with the geopolitical situation.

Whether you believe it or not, the increasing tensions may eventually spark terrible misery across Europe because all of these migrants have a dismal history of engaging in criminal activity. Africans have been involved in drug trafficking, Ukrainians in prostitution, and Syrians in Islamist extremism.

The struggle for domination among them across the continent may result in a rise in crime across Europe. The greatest victims of their violent acts, however, would be ordinary Europeans.