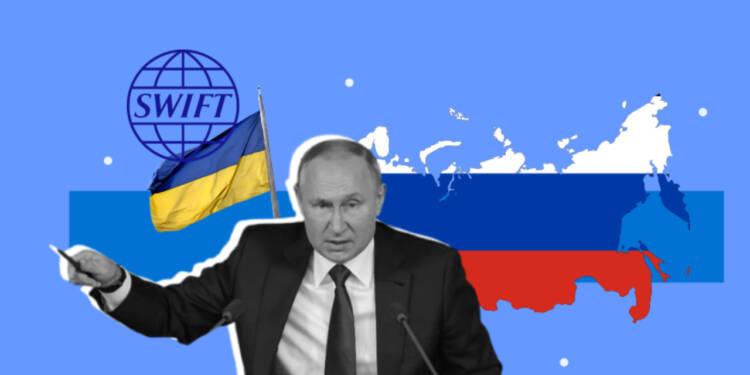 The very fast-changing global dynamics have forced various states to ramp up efforts to adapt quickly or face the possibility of being left behind. A very similar situation has played out for many nations amid the Ukraine conflict.

Russia became subject to a plethora of sanctions as a consequence of its “Special Operation” in Ukraine. The west led by the US President Biden has utilized every card out of his playbook to bring Putin to his knees.

The Western alliance in an attempt to quash the Kremlin’s economic fort took advantage of Russia’s dependence on the SWIFT financial messaging system.

Now, what exactly is the Swift?

The SWIFT is a vast messaging network, banks and other financial institutions use to quickly, accurately, and securely send and receive information, such as money transfer instructions.

The system is controlled by central banks from Group of Ten (G10) countries. The Biden-led alliance in the initial days of the war removed Russia from the SWIFT system.

Undeniably, Russia losing a very efficient financial messaging system overnight was a shock even to Putin and it surely created havoc among Moscow-based institutions.

Nevertheless, the Russians know how to handle a crisis. Moscow stabilized its finances by leveraging its hold on the energy and commodity supply of the world and overtime worked on an indigeneous financial messaging system.

It looks like the Russians are now close enough to make the SWIFT sanction null and void.

Russia has offered countries belonging to the Shanghai Cooperation Organization (SCO) to join its financial messaging system (SPFS), the Russian equivalent of SWIFT.

The SCO consists of trade giants like India and China which could benefit the Russian economy by promoting trade in local currencies and therefore simplifying things for the Kremlin.

Current developments directed under the Biden administration have triggered the fall in popularity of the US dollar and has paved the way for alternate currencies like Ruble, the Indian Rupee and Yuan to strengthen their place.

The Russians have always been a tough breed. They have had extensive experience in adapting to difficult circumstances since the first world war. However, they did not face such an enormous challenge on the battlefield in the present day conflict but alternate pressures were also a bit hard to handle.

Economic sanctions imposed by the Biden-led alliance were probably the best their economists could think of to destroy the Russian economy.

However, Moscow has seen much worse weather and had its defenses ready for every attack that came its way. Putin knew well enough to strategically time and leverage Russia’s position in the European energy market.

Read More: European nations start to violate their own sanctions on Russia

The Putin administration’s foreign policy has empowered Moscow to strengthen its relations with the Eastern bloc and increase its influence in Africa and the Middle east.

The Russia has also been able to weather the possible devastating effects of the financial sanctions like the SWIFT ban. It would not be wrong to assume that the turbulent times are over for the Russians. Russia would in fact be in a better leveraging position with the upcoming winter when Europe will be in dire need of gas supplies, and that would possibly be the time when Putin plays his last play.