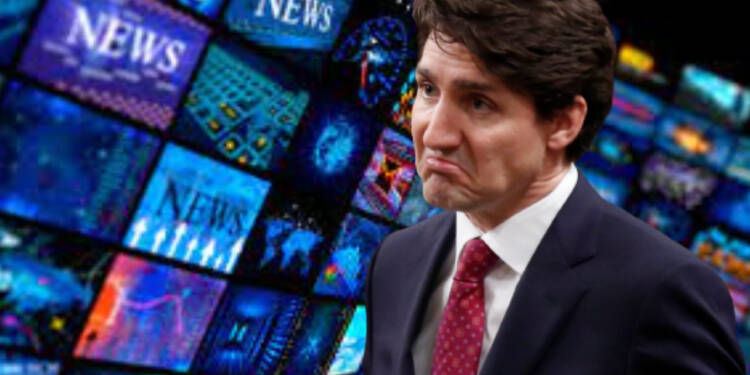 Trudeau fangirl Lisa LaFlamme recently posted a video on her social media where she disclosed that she was blindsided and saddened by Bell Media’s decision to abruptly escort her out of CTV. In the video, Lisa grabs the opportunity to address her loyal fans, incredible colleagues and loving family, and, goes on to thank them. But something else is playing on her mind and she reveals what it is by immediately jumping to “while it is crushing to be leaving CTV National news in a manner that is not my choice…”. This shows that she is genuinely stunned at her contract being terminated. Why is being fired such a shock for Lisa? Why was she fired? The answers to these questions are complex and experts have admitted that it is impossible to know the ins and outs of this matter. But here is a valiant effort for your consideration.

A detailed interview between Brian Lilley, Political Columnist at Sun Media and Adrian Batra of the Toronto Sun shed light on what may have transpired but even they admit that the matter is complex for anyone to arrive at a conclusion.

Supporters of Lisa say that her firing is a result of Ageism and Sexism and that Lisa was a thorough professional who was passionate and caring and made it a point to boost the morale of those working under her. Detractors on the other hand muddy the waters by speaking of a toxic work environment and say that her bad behaviour finally caught up with her. One source, a colleague of Lisa even said that reading about the abusive work environment at the Ellen de Generes show made her feel like she was reading about CTV.

Interviews with a dozen sources tell a different story: there was a clash of egos and the company was adamant about cutting costs.

What is curious is that Lisa’s newscast was regularly watched by 1 to 1.2 million people and her show always featured in the top 30 as per rating agency Numeric. Common reasons have clearly been outlined above. Here are our two cents on the matter.

Being pro-Trudeau earns no profit

CTV has always had liberal leanings, but even they grew tired of Lisa’s obsessive devotion to liberalism and her continued support for Trudeau, even in the midst of the emerging controversy regarding the freedom convoy and the ongoing airport crisis, both of which we at TFI GLOBAL have covered extensively in our previous articles. It is easy to see that Trudeau’s approval ratings have drastically gone down and that people have, in general, stopped caring for what he or his minions have to say. Propaganda was used successfully by the Nazis. Trudeau tried but failed. Partly because history is a great teacher and partly because alternate news media outlets have consistently exposed that the Canadian PM is all style and zero substance.

Read More: How Trudeau saves himself from spending the rest of his life in Jail

The executives at CTV must have realized that alternate news outlets like the one you’re reading, RT News and Rebel News are fast catching up and luring viewers towards what is ACTUALLY GOING ON instead of spinning tall tales that never see the light of day. They have realized the importance of being genuinely neutral and keeping an open mind to observe what is truly going on. Seeing Lisa hell-bent on pushing the already failed Liberal agenda and seizing every moment to praise Trudeau the higher-ups subtly got rid of her in no uncertain terms.