By sowing discord between Montenegro and Serbia, NATO has again pushed the Balkans into turmoil

Two of the Balkan nations, namely Serbia and Montenegro have had their share of troubles and most of them have been sowed by the big powers in the west. 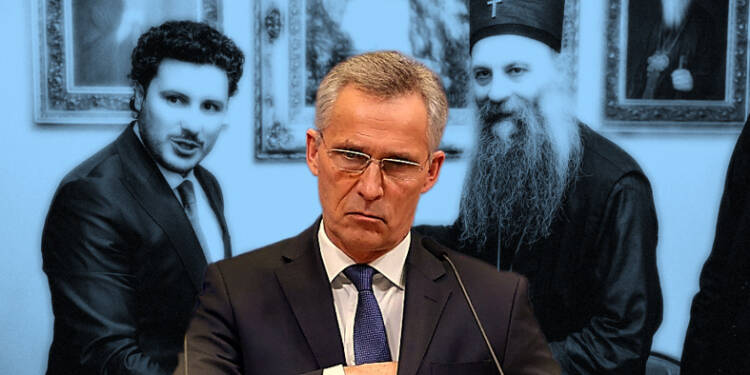 Serbia and Montenegro together proclaimed a federation after the breakup of Yugoslavia in 2006. The Independence referendum got passed by a thin margin and was recognized by all five permanent members of the United Nations Security Council, suggesting widespread international recognition if Montenegro were to become formally independent. But over these years, Montenegro, a NATO member, has had issues with the Serbian Orthodox Church which holds a big influence in Montenegro politics. Banking on this difference, the Biden-led alliance has found the perfect way to destabilize Montenegro for good.

NATO ORCHESTRATED MOVE IN THE BALKANS

Finally, The hundred-day-old Abazovic government in Montenegro crumbled after legislators voted 50-1 against the administration. The motion is believed to have been orchestrated by Montenegrin President Milo Djukanovic. The dissolution of the parliament occurred in the aftermath of a rift over a long-disputed deal between the powerful Serbian Orthodox Church (SPC) and the Abazovic government.

The SPC is a very significant force in Montenegro and is often accused of working for Serbian interests. Political tensions were on the rise in Montenegro after the government signed a disputed deal with the Serbian Orthodox Church (SPC). The deal addressed many issues, such as measures to provide a regulatory framework for the SPC’s several assets, which include many churches and monasteries. The country’s prime minister, Dritan Abazovic, hailed the deal, saying the agreement would hopefully smooth relations between divisive groups within the country, particularly pro-Serbia and pro-Western parties.

The topic is delicate for many in Montenegro, mostly because one-third of the population considers themselves Serbs, and believe Montenegro should not be considered a separate entity. But not ready to bide with that, Montenegro President Milo Djukanovic has time and again shown his resistance to the Serbian SPC. Even the President dared a move to nationalize the church’s assets, but nothing big came out of it.

Keeping a scrutinizing eye on the happenings was the US-led military bloc. NATO is believed to have sensed an opportunity in collaborating with Djukanovic to topple the pro-Serbia Abazovic government. Normalization of relations between Russia-backed Serbia and Montenegro would have been troublesome for Washington, as they would then have lost their stronghold in the Balkan region, which would further hurt NATO’s diminishing presence in the Adriatic Sea.

As a result, in an attempt to further the US foreign policy, NATO is believed to have influenced President Djukanovic to enable the fall of the minority government in Montenegro. The dynamics of politics in the Balkans have now changed and Montenegro is considered a collateral damage in the war between big powers. Montenegro politics is now in deep turmoil with the fall of yet another minority government after a no-confidence vote in February ended the rule of another coalition government.

Western ambitions have once again ruined the selfless actions of a leader who was doing something for his people, something surely that went against NATO’s Interest.