The existence of Kosovo is like budding cancer cells in Serbia. And before it metastasizes to other parts of the country like Krajina, it should be gotten rid of. 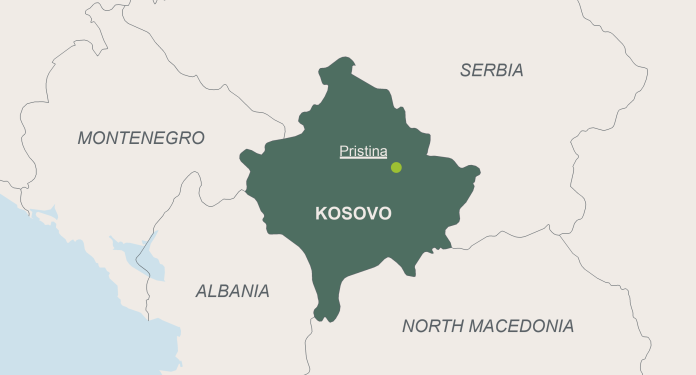 Kosovo is a tiny landmass housing less than 2 million people. It was once called the heart of Serbia. Even in 1914, after five centuries of Ottoman Empire’s Islamic rule came to an end, it was the Serbs who called the shots in the region.

Even as Serbians faced resistance from Albanian Muslims in the Socialist Federal Republic of Yugoslavia, they were successful in keeping their culture, art and the Serbian legacy intact and untouched.

That was before Islamism and Communism attacked the country.

After the World War 1 ended, the proportion of Albanian Muslims in Kosovo had doubled within just 30 years of Communist administration. By the 1980s, the first uprisings and “Self Determination” movements had begun. Rich Serbs fled Kosovo’s rising violence, including the 1981 riots that claimed thousands of lives, leading to mass exodus of Serbs from the region.

And then came the dissolution of the Soviet Union. A war was ignited in the area supported by CIA and Saudi agents in 1992, who exploited the waning international status of Russia and its diminishing military firepower.

Even though Serbs, Montenegrins, and other Yugoslavian groups emerged victorious, it served as a catalyst for the influx of more Islamists, Albanian mafia gangs, and NATO meddling. When the war started again, cries of genocide went up.

And as a pretext of NATO moving in the area, Slobodan Milosevic, the former president of Yugoslavia, was charged of attempting to commit genocide against the areas’ Muslims.

NATO intervened in the name of “ethnic conflict” in Yugoslavia in 1999, and led a 78-day long airstrike campaign over Serbian targets. NATO carried out the most inhumane bombing in the history of the World. NATO conducted an unprecedented 19,484 airstrikes within Serbia- as much as over 250 per day.

This number exceeds from the decade-long wars in Afghanistan and Iraq taken together. NATO fired more than 20,000 tonnes of bombs on Yugoslavia in less than three months, targeting both military and civilian targets with impunity. It used weapons that it itself had banned, such as cluster bombs and radioactive projectiles like depleted uranium shells. US even bombed the embassy of rival state of China in Belgrade.

Few years later, Kosovo was formed in 2008. Today, Kosovo consists of 96% Muslims and only 1.4% Serbians Orthodox. Imagine, a group of people who were a majority of a region once, have been reduced to negligible strength.

Today, Kosovo has become a hotbed for Islamic terrorism. An estimated 355 Kosovars travelled to Syria between 2012 and 2015 to join IS and other Sunni terrorist organisations, making up the highest per capita number of foreign fighters in Syria. Over 5000 people are suspected to be tied to radical Islamic groups.

The money poured by the Gulf states led to the demolition of significant historical sites connected to the region’s Christian and Pagan heritage.  Kosovo has become a hub of the European sex slave trade, providing Balkan women to markets as far away as Iran and Morocco. A so-called victory of liberalism and feminism all together.

However, NATO gained what it intended. Balkanization of huge States, or “Empires,” results in smaller, easier-to-manage client States and also limits the development of powerful new players who could upend the existing status quo.

Smaller states even those with conflicting ideologies like Islamism can be easily subordinated through threats and bribes in a way that larger states cannot. Small client states make it simple to exploit their resources and markets. A reason why Kosovo was formed.

The existence of Kosovo is like budding cancer cells in Serbia. And before it metastasizes to other parts of the country like Krajina, it should be gotten rid of. The entire state of Former Yugoslavia, which consisted of the erstwhile states of Serbia, Slovenia, Croatia, Bosnia and Herzegovina, Montenegro and Macedonia have been systematically broken into smaller states. The example of Kosovo should serve as a lesson not only for Serbia but for all of Europe. If states like Kosovo are allowed to exist, the vile Liberal-Islamist net will extend to Europe cultivating similar ghettos in order to sustain its fast-waning hegemony.