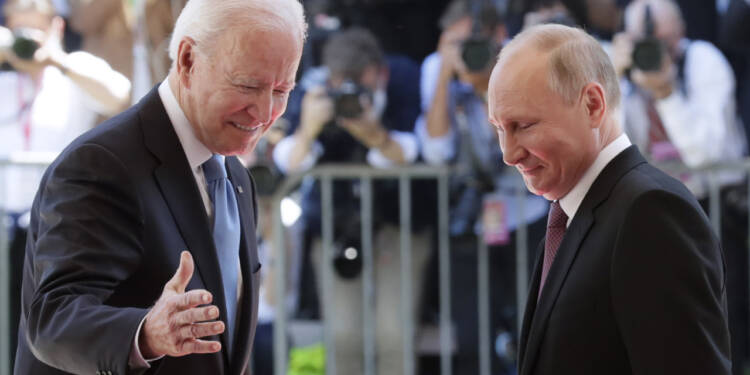 It is funny how behavior of individuals change with change in situations. A similar situation is now being observed with the US President Joe Biden.

Russia’s “Special Operation” in Ukraine, presented on a platter an opportunity to the West to unite and impose collective strength against Moscow in the form of sanctions.

Biden’s attempt to trigger the fall of the Russian economy was indeed a very well orchestrated plan. However, Biden forgot that “Man proposes and God disposes”, and here it seems like Russia played God, as it had envisioned each and every situation with a curt reply to each and every action of the West.

Russia Says No to Dollar Supremacy

The Moscow Exchange announced on Monday that it will prohibit the use of dollars as collateral to underwrite transactions, as Russia seeks to reduce its reliance on currencies from countries that have imposed sanctions on it.

According to a statement on the exchange’s website, the new policy will take effect from 29 Aug 2022. No additional information regarding the details was shared.

Moscow has taken yet another step towards the de-dollarization its economy. It might sound unconventional for a nation to let go off a stable currency like the USD. However, the United States’ recent attempts to weaponize the USD against the Russian economy have diminished trust in the currency.

The Kremlin has expressed concern about individual and corporate holdings of opposing states, calling for their transition into different options.

Perhaps, efforts such as trade sanctions or Moscow’s removal from the SWIFT financial system seem to have bore no fruits for the West. The Russians were able to present a strong counter and protect their economy owing to their control of energy supply of the world.

Moscow is now undoubtedly in a comfortable position, while its rivals in Washington, Kiev and Tokyo are going through turbulent times.

Moscow’s rejection of the USD in its securities markets comes after the US government softened down its bond trading policies and allowed transactions of Russian bonds.

Several major Wall Street Banks began facilitating trades in Russian Bonds a couple of weeks ago. Many western banks however stopped trading in Russian bonds after the Treasury Department banned U.S. investors from purchasing any Russian bonds as part of economic sanctions to punish Moscow.

However, guidelines from the Biden government-administered Treasury allowed for US investors to decide on their trade stuck in Russian markets. Soon, the largest Wall Street firms cautiously returned to the market for the Russian government and Corporate Bonds.

The move was seen as a “Weakness” on the part of the Biden administration which indirectly sanctioned the revival of trade and pushed for the inflow of money into Russian economy.

Read More: Bulgarians rise against their government as Putin turns their gas taps off

It is possible to infer that Biden’s soft stand was to facilitate a revival of complete energy supplies from Russia into Europe before the upcoming winters.

With the ball being now in Putin’s Court, he has reportedly not replied kindly to the gesture. It would be traumatic to see the so-called “Advanced Economies” of Europe cease industrial output this winter, to keep their homes warm, the reason being – their support to the clown President of Ukraine.