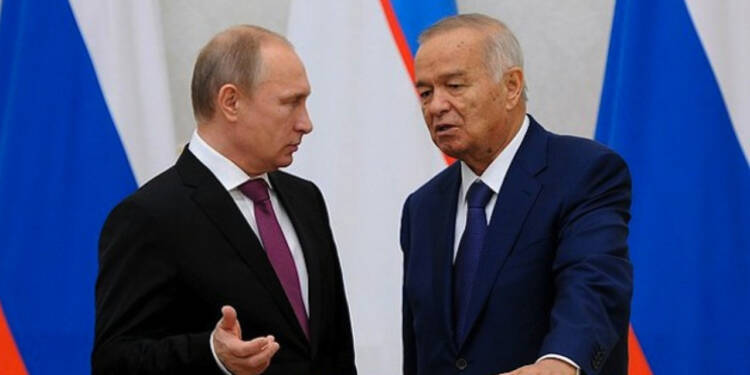 The Russians have always been a very vocal opponent of the west’s increasing influence in its backyard and rightfully so. Tensions in Europe are on the rise ever since the Ukraine conflict began in February this year.

Ukraine’s accession to NATO was unacceptable for the Russians from the very start because they were always against the idea of a military force being stationed on its borders.

Well, Putin’s ultimatum to Uzbekistan: Get in line or Mother Russia’s border can expand. President’s inexperience led to the country’s ruin at the hands of Moscow, and Uzbekistan could possibly be the next in line.

Russian National Security Council Secretary Nikolay Patrushev in his latest meeting with his SCO counterparts, warned them about the ulterior motives behind the US’ Central Asian drills.

“I would like to reiterate to our partners that, above all, the Americans need such events in order to study the potential theater of military operations, specify the positions of potential targets and adjust digital maps for high-precision weapons. I really hope that all the SCO member states by now realize the extremely high risks that these American initiatives present for our security.”, he said.

The Biden administration, after receiving a big setback in Ukraine, is now trying to find alternate ways to encircle the Russian borders. The U.S. Central Command sponsored the recent drills conducted in Tajikistan in an attempt to understand the geographies of the regions close to the Russian border.

It is natural that an advanced force like the US would have no interest in associating with the forces of Central Asian nations, if it were not for some ulterior motive.

What the US is struggling to achieve in the region is to establish relations with states under Russian influence. The US Central Command would probably like to strike deals with these nations that would allow for Washington to place its forces and equipment in the region.

However, Russia’s Collective Security Treaty Organization (CSTO) mutual defense allies in Kazakhstan, Kyrgyzstan, and Tajikistan should comfortably be escorted out of the doubt zone. Kazakhstan, Kyrgyzstan, and Tajikistan cannot host any foreign forces without the approval of all CSTO members as per a decision made by their heads of state over a decade ago.

However, other nations in the list including Uzbekistan, Pakistan and Mongolia are not bound by any pact.

Patrushev indicated that Washington could persuade Moscow’s neighbors to allow them to create a supposedly temporary infrastructure for counterterrorist operations against Taliban-ruled Afghanistan. However, it is just a cover adopted by the US Central Command to solidify its stronghold in the Russian backyard, because it was the US itself that left Afghanistan and allowed the Taliban to assume power.

Mongolia and Russia have shared warm relations ever since the end of the communist era in Central Asia. Pakistan on the other hand is a large beneficiary of the Russian ally China and would not go against Moscow at the request of the United States.

It doesn’t necessarily mean that Uzbekistan would fall prey to the US’ influence. But it sure is a sensitive matter for Moscow because of Uzbekistan’s changed foreign policy in recent years.

Uzbekistan, a founding member of the Russian-led CSTO, suspended its membership in 2012 under the pretext of adopting an independent foreign policy.

Tashkent is probably the only weak link for Moscow in the region and the Russians would probably take steps to stop the country from rebelling against it.