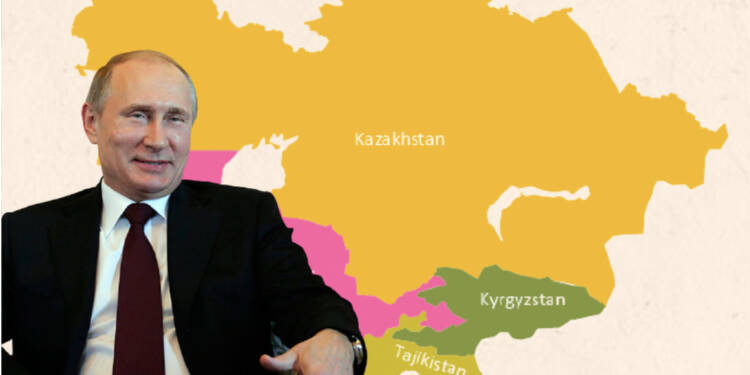 Do you know how many people in Afghanistan are solely dependent on humanitarian aid right now? 24.4 million people are in humanitarian need, and that comprises more than half the population of Afghanistan. This is not a joke. An intense food and financial crisis have struck the country ever since the Taliban took control over Kabul and established the ‘Islamic Emirate of Afghanistan’. In recent months, sanctions being placed on members of the Taliban, the central bank’s assets being frozen, and the suspension of foreign aid to the war-torn country have led Afghanistan into absolute chaos.

Such is the financial depreciation being faced by Afghanistan that the Taliban is not paying money as wages to the people, but is instead bartering their labour for 10 kilograms of wheat every day. Now, don’t think for a second that wheat is grown in abundance in Afghanistan. The country is also facing one of its worst droughts ever, and so, all-grain supplies to the country are also imported from the likes of India and Pakistan.

But Afghanistan’s problems are only set to worsen here on. For two weeks now, Afghanistan has been facing severe electricity blackouts. The reason? Uzbekistan has stopped supplying close to 60 per cent of electricity to the Islamic Emirate.

The Afghanistan National Electricity Company issued a statement, in which it said Uzbekistan has reduced electricity to Afghanistan, and the country’s officials said that the drop is triggered by the technical problem that has arisen at the Marjan power station.

Afghanistan relies on Central Asian countries for its electricity supplies. Yet, it also owes large amounts of debt to these countries, which the Taliban is least interested in repaying. In fact, Taliban officials, former government officials, businessmen and Afghans, in general, are not even paying their dues to the Afghanistan National Electricity Company, forcing it to call upon all such people to quickly pay their bills.

As such, to expect the Taliban to magically pay large sums of electricity dues to Central Asian countries would be far-fetched. Uzbekistan, on its part, has claimed that it has not purposely cut off electricity supplies to Afghanistan, and has blamed the same on technical glitches. However, such irregularities in power supply from Uzbekistan to Afghanistan are being reported since October 2021.

Surely, no technical glitch should last that long! Uzbekistan is playing a larger game with the Taliban here.

Russia is no fan of the Taliban. As we know, Moscow’s influence in Central Asia has witnessed a significant upswing in the recent past, so much so that Russian troops were called in by the Kazakh government to control the violent anti-regime demonstrations it faced recently.

Uzbekistan, until recently, was the most detached country from Russia. However, for it to disrupt electricity supplies to Afghanistan is indeed a testimony to the fact that Moscow wants to paralyse the Taliban using all Central Asian countries. The world has not recognised the Taliban regime in Afghanistan, and neither has Russia.

For Russia, the Taliban poses a grave threat. If the Taliban is allowed to prosper, it will not be long before the terror organisation turns its eyes towards Central Asia and Russia’s southwestern borders. President Vladimir Putin is in no mood to let that happen, which is why he is using countries like Uzbekistan and Tajikistan to make life miserable for the Taliban.