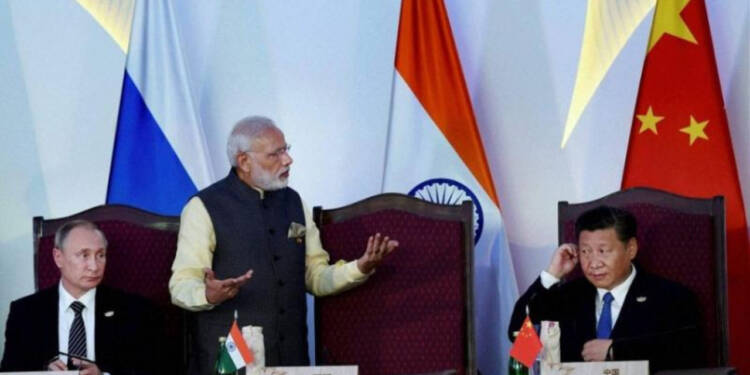 Undoubtedly, the Chinese influence has played an exponential role in the development of the economies in the South- East region. However, with this development came along several strings attached. Over the last decade, Southeast Asian nations were enslaved under Chinese influence.

Nations like Cambodia and Laos have openly expressed their allegiance to China, but others, like Myanmar, Thailand, Malaysia, and Singapore, have engaged with Beijing with precaution. Altogether, these Asian countries have remained in the clutches of the US and China. But, there are now two more players in the region.

The two new players in the game are none other than Russia and India, who have begun to challenge the Western presence in the region, with China feeling it’s after-effects as well.

Russia’s entrance into the ring

If you have read West influenced reports like, ‘Does Russia have any friends left in Southeast Asia’?, this piece is for you because such articles are nothing but white lies. The western portals like ‘The Council of Foreign Relations’ itself confirms the fact that Russian influence in Southeast Asia has been on a constant rise.

Russia is the greatest arms exporter to Southeast Asia, selling more than 30% of its arsenal to countries in the region over the last decade. Moreover, if there is no Russian influence within the concerned region, then why most ASEAN nations have not condemned Russian aggression in the Ukraine war?

Even Thailand, which is considered to be an ally of the US,  gave a big ‘NO’ to western demands of condemning the Ukraine war.

Laos, which has always remained a country that has expressed its allegiance to CCP most of the time didn’t condemn Russia. Do you know why? Because when its economy started to plunge, China legitimately backstabbed Laos. It was Russia, which provided Laos’s economic support before an inevitable collapse like Sri Lanka. Thus, displaying a growing affinity towards Russia and moving away from China.

Laos’s PM had directed ministries to seek cheap oil from Russia. The nation has not accepted the fact that Laos imported Russian oil. But, data like Russian energy exports to Southeast Asia indicates that Laos has also benefitted from ‘cheap Russian oil’.

Read More: Biden and his love for China

Beijing’s time is running out

In contrast to Russia’s actions, India has also started to expand its circle within Southeast Asia. Three weeks ago, Indian Foreign minister S. Jaishankar held a bilateral meeting with ASEAN nations. The meeting garnered media attention as this was for the first time that India organized such a meeting after the Ukraine war.

India pledges to expand its bilateral ties within the region. Moreover, the nations within the region know that India has the potential to tamper with China’s growing influence in the region through economic assistance. India’s approach is a much better, people-centric, and viable alternative.

One who follows geopolitics closely acknowledges that the India-Russian partnership has started to expand after the Ukraine war. Both nations have a clear understanding, of which side of the bread to be buttered.

Moreover, their rising partnership has drawn a lot of western attention since the Ukrainian invasion began as India consistently declined to criticize Russia’s actions while advocating for ‘de-escalation.’ and increasing its trade relations with the sanctioned nation.

But now, what’s happening is enormous. The nations have started to coordinate with each other in important regions like Africa and Southeast Asia giving Beijing sleepless nights along with the West.

Beijing had no idea that the other two RIC group members would challenge its expansionist ambitions by teaming up. China and the West are frustrated with team Russia and India. The new partners are now upping their game and promoting their alliance on a global level.

Turkey will get sandwiched between Russia, Greece-Cyprus and Syria for its overt support to Biden