Rising powers like India and China have publicly rejected USA’s call to stop purchasing Russian oil. This is why US President Joe Biden is in a huff. Under his supervision, countries are openly criticizing the US and rejecting its diktats. 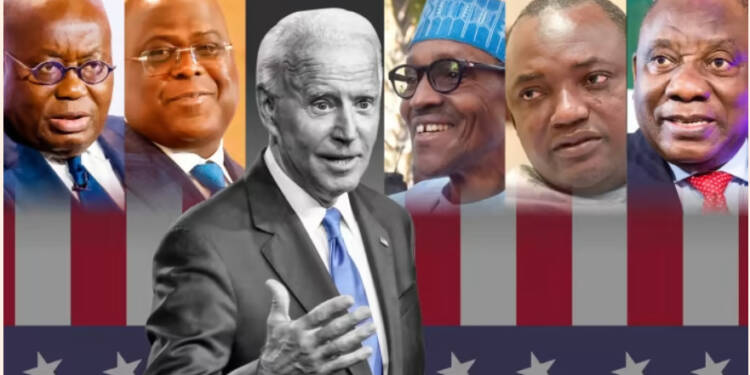 The U.S. ambassador to the United Nations, Linda Thomas-Greenfield has warned Africa to be prepared for the worst if it continues to harbour economic ties with Russia. Linda stresses that there are some red lines Africa should not cross.

The United States is having grudges against the possibility of Russian oil arriving in Africa. According to Africa news, Linda said: “Countries can buy Russian agricultural products, including fertilizer and wheat. If a country decides to engage with Russia, where there are sanctions, then they are breaking those sanctions. Africa could face consequences if they trade in U.S.-sanctioned commodities such as Russian oil”

She furthermore added: “We caution countries not to break those sanctions, or else they stand the chance of having actions taken against them.”

Recently, Africa has become a hotbed of activities the Biden White House might deem alarming. More and more African nations have started to embrace Moscow’s presence within the continent, setting the warning bells ringing in Washington. The West has not fared well in the Ukraine conflict. It has lost its image, prestige as well as reputation among the developing nations.

Seeing this downfall, the Biden administration has now resorted to its bullying tactics. It is now issuing threats to weak nations in the African continent.

Biden is perplexed to witness the rising acceptance of Russia in the developing world. Nations like China, the United Arab Emirates and India have openly embraced Russian energy. Now, South Africa has also shown interest in importing oil from Russia to help tackle soaring energy inflation at home.

South African Mineral Resources and Energy Minister Gwede Mantashe at a parliamentary debate said: “We are considering importing crude oil from Russia at a low price because it is not sanctioned,”. As soon as this statement was out, the US was quick to issue a warning to all African states looking to import Russian energy.

Read More: After polishing off a big bucket of ice cream, Biden tells Africa to starve itself

What US intends to do?

Biden just can’t tolerate Africa refusing to dance to USA’s tunes. African nations have so far refrained from picking a side in the ongoing conflict. The Biden administration, on the other hand, doesn’t approve of this neutral stance adopted by Africa.

The message from the Biden administration to Africa is that the nations could face sanctions and ramifications for not toeing USA’s line. However, it’s no secret that the Western sanctions have already led the continent to penury in one way or the other.

Due to the West’s non-sensical sanctions, food prices in Africa have risen considerably, which have been further exacerbated by droughts, violence and the pandemic.

Furthermore, skyrocketing fuel prices and shortages have hit Africa too. So, even if the US punishes African countries for buying Russian oil, it would hardly make any difference to their foreign policy towards Russia.