The days of Africa remaining a toothless tiger is over. Now the second largest continent has started growling. While the conflict between Russia and Ukraine rages on, Africa has begun to change for the better 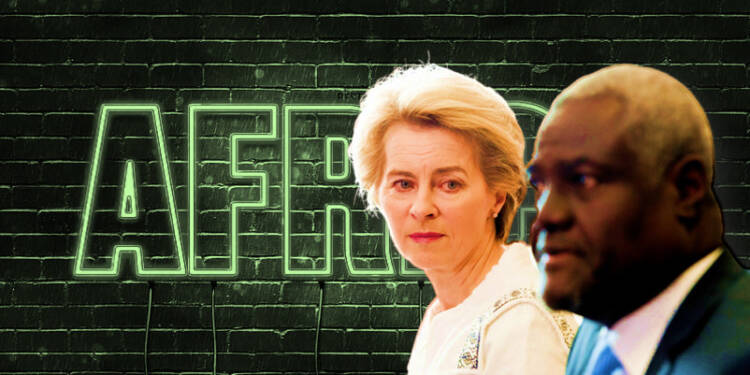 Last year at the COP26 Summit, more than 54 African nations proposed 1.3 Trillion per year from developed countries to compensate for the climate change they have impinged upon the globe.

The African leaders asserted that between 2025 and 2030, developed countries need to provide “at least” $1.3 trillion a year to Africa and other countries in the name of Climate change, split evenly between climate mitigation and adaptation.

This call of Africa was immediately backed by India. But, Western dignitaries refrained from having a formal debate on the subject. The delegation complained about some parts of this proposal and resisted the discussion of it.

More than ten months have passed since the idea was unveiled in front of the world. Africa’s attitude has undergone a complete transformation. Now, European leaders are avoiding talking about “green energy” with African leaders.

According to Politico, European leaders are skipping meetings with African leaders. Seven African presidents will be in Rotterdam on September 5 to attend the climate summit, but from Europe, only Dutch PM Mark Rutte will show up.

Leaders from nations including France, Denmark, Finland, and Norway, who have historically made contributions to climate adaptation, were invited, according to the summit’s organizers, the Global Centre on Adaptation (GCA).

But guess what? None of them will arrive in person.

This summit is viewed as the first significant test of the developed world’s resolve to double its financial support for climate-proofing projects in poorer nations to around $40 billion per year by 2025, as stated at the most recent United Nations climate summit in Glasgow.

But, it looks like the EU is already becoming a basket case.

This should be seen as a major victory of Africa’s arm-twisting tactics that have made Europeans completely surrender in front of Africa. For years, the EU has constantly manipulated Africa in the name of Climate change.

The extremely resource-rich African soil has been severely exploited by Europeans. This approach was the root cause of Africa’s underdevelopment for years. Hence, Africa is doing a facelifting act seeking $ 1.3 trillion from the big guns in Europe.

Africa is home to 17% of the world’s population, yet it only accounts for two to three percent of the emissions which contribute to climate change. However, the EU has reprimanded Africa, highlighting the continent’s fragility as a result of its slow socioeconomic growth.

However, emissions from the rest of the globe, especially the west, are relatively significant. Emissions are 13% in the European Union and 19% in the US respectively. Yet, they don’t want to follow their own ‘climate goals.’

Africa made a clarion call about climate change. Either the west needs to compensate or it will actively start exploiting its resource-rich motherland.

Recently, the government in Congo announced that the nation would be auctioning its rainforests and basins to oil companies for drilling as  ‘Its Priority Is Not to Save the Planet’.

EU’s dictatorial green agenda has failed terribly. There are increasing calls in Africa to continue exploiting fossil fuel reserves, as Europe has done for the last 150 years.

$ 1.3 trillion is a huge amount. Furthermore, the EU’s coffers are already running dry as the Ukraine war has soaked all of its money. Hence, there is no stopping Africa at this moment.