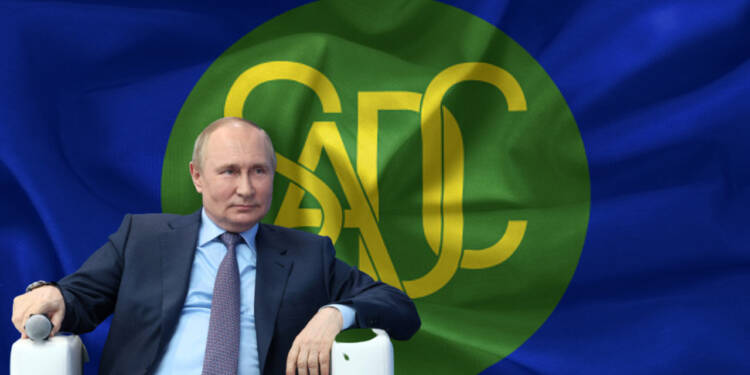 African media has started to gain a lot of interest towards the South African Development Community (SADC) comprising 16 nations in Southern Africa. The western world is almost at its wits’ end, as the group is edging closer to abandoning the US.

The United States’ blatant decision to enact sanctions against African nations that conduct business with Russia has been roundly criticized by the Southern African Development Community (SADC). According to media reports, the bloc has adopted a resolution denouncing US sanctions against Russia in Africa, claiming that the region is being unfairly singled out.

As per the resolution: “Summit expressed its dissatisfaction against the continent being targeted for unilateral and punitive measures through the ‘Countering Malign Russian Activities in Africa Act’ that was recently adopted by the United States House of Representatives…,”

The SADC leaders have indicated that they will place the issue on the African Union’s agenda and reiterated the group’s position of principled non-alignment to any crises occurring outside of the continent. This demonstrates an unequivocal stance of the South African countries to continue to maintain open relations with Russia.

A Stern warning for the West

Recently, leaders of Southern African nations are meeting in Kinshasa for the 42nd SADC summit. In this summit, the African leaders are actively reviewing the progress made towards achieving closer integration and deepening regional trade.

African nations have so far refrained from picking a side in the ongoing conflict. The western world, on the other hand, doesn’t approve of this neutrality adopted by Africa. This summit is no exception.

During the summit, there were very few nations that didn’t raise a voice against western influence in the continent. Lazarus Chakweera, the president of Malawi in one of his statements during the summit stressed: “The plunder that we have allowed the West to conduct in the DRC is a sin we must repent on, resolve and refuse to see repeated anywhere else in our region,”

What could be more concerning for the West is that DRC has bagged the presidency of the SADC.  DRC President Félix Tshisekedi has taken the helm of the Southern African Development Community (SADC) during the 42nd Summit.

History has it written that the West alone is accountable for wreaking disastrous havoc in DRC through Rwanda and M23 rebels. Recently, DRC has also moved closer to Russia. Numerous reports claim that students from the Democratic Republic of the Congo have assisted the Russian military in its ongoing offensive against Ukraine.

Furthermore, DRC condemned the Russian attack on Ukraine following the most common suit by African nations.

Read More: Ethiopia is where US troops could go next to fight another war that is not theirs

These remarks and events during the SADC summit may seem to be of no surprise at this point. But, it solidifies the fact that the West is becoming a big loser within the continent.

The United States may have taken action without realising how disastrously their effort to stop malevolent Russian actions in Africa turned out to be. However, the bill still needs Senate approval before the US President Joe Biden can sign it into law.

Perhaps, if Africans continue to express their discernment, the US may have to completely lose its touch within the region.

On the other hand, Russia is actively filling the void generated by the anti-US sentiments. Russia has increasingly used its historic Soviet connections to expand its political, economic, and, above all, military relations with African nations.

The struggle to lessen the influence of the United States is now getting more dramatic. SADC criticizes the US and the DRC claiming leadership of a major African organization is definitely not a welcoming move for the United States. The African continent and the United States are poised to fight tooth and nail.