A false promise made by US and Canada that devastated Europe 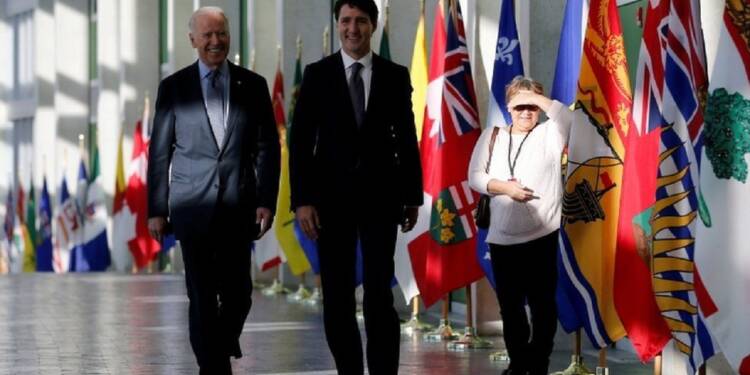 Europe doesn’t need enemies when it has Canada and US as its friends. Apparently, the North American nations have refused to lend Europe their helping hands.  Europe is going dark, its economy is on ventilator support, the food crisis is exacerbating; But US and Canada have simply chosen to renege on their promises and let EU drop dead.

Earlier this year, when a warring Russia knocked at Europe’s gate, it was US and Canada who pushed Brussels into opening the latch. Given its heavy reliance on Russian energy, EU was reluctant to lock horns with Russia from day one.

But then Washington and Ottawa were quick to embolden EU with their hefty promises. Both nations pressed Europe not to buy oil and gas from Russia and source it from the Americas instead. Biden announced that once EU places sanctions on Russia, US will ramp up oil production to fill the void.

Trudeau also said, “he was looking at how we can deliver more oil and gas to Europe.”

Europe took these words at face value and announced unprecedented measures against taking in Russian energy. Plans were announced to shun Russian coal immediately, while Brussels pledged to do away with Russian oil and gas by year-end.

And to quench its thirst for gas and oil, EU then looked at Canada and US sanguinely. EU simply had no choice. USA’s sanctions on Iran made it nearly impossible for Europe to import Iranian oil. The same was the case with Venezuelan oil. North African states like Libya and Morocco owed their allegiance to Russia, so provided no relief to Europe. Europe was at Canada’s and USA’s mercy now.

And look how the two nations have responded to the energy crisis in Europe: By asking it to drop dead. Last week, when German chancellor Olaf Scholz visited Canada to secure gas deals, Trudeau was quick to proffer him distress. Trudeau rejected the idea, saying “there has never been a strong business case” for sending Canadian LNG to Europe.

Also Read : Germany jumped off a cliff, and now it’s saying that Canada pushed it

Instead, he made a strong case for exporting Canadian hydrogen gas to Europe. This idea was so dumb that even Olaf found it stupid. After all, hydrogen accounts for just 2% of Europe’s total energy consumption. And even a fifth-grade student knows that it takes decades for a nation to shift away from LNG to hydrogen and build relevant infrastructure.

And now, see what Biden has done to fulfil his promises. Oh wait! he has done nothing actually! US LNG production has increased slightly from 95.1 billion cubic feet per day (Bcf/d) in October 2021 to 97.5 Bcf/d by December 2022. By the way, this negligible increase is also attributed to Trump-era energy policies only. But experts say US can actually produce 569 billion cubic meters of gas (Bcm) per year. This is 4 times what US produces now.

But come on! Europe matters to Biden but the environment matters more! If Europe’s gas needs are taken care of, and if its economy is rescued, the West’s green agenda is destined to take a severe hit. For the 79-year-old President, tackling climate change is his topmost priority, even if it comes at an expense of Europe’s existence.

Biden is not letting Iran and Venezuela ship their oil to Europe either. “It will violate our sanctions,” is USA’s succinct response. Europe is on the verge of a total catastrophe now. Germany and UK have gone dark. Industries are gasping for Russian gas. People in Poland have no coal left to keep themselves warm in the winter. Political instability is taking over the entire continent. Civil unrest might break out very soon. But for green champions Trudeau and Biden, that is OK as long as it serves their green agenda. EU is now getting to realize that how its blind trust on US and Canada led itself to dig its own grave.

Canadian farmers go hungry, and a domino effect is on the cards