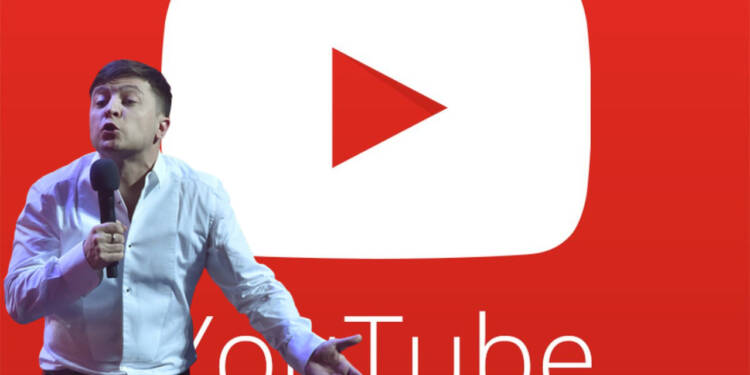 The truth is finally coming out. The Ukraine war has entered a phase where people are eventually getting more aware of the real devils. The reality about Ukraine being a deep-rooted demon has now come to light, and people have now realized that comparing it to Russia is like comparing apples and oranges.

Social media has been a key factor in this exposé. It has served as a platform for impartial investigators and journalists to inform the globe about the actual reality. But, guess what? The Big Guns of social media seem to be quite discerned about Zelensky’s expose.

Google is carrying out a widespread campaign. According to reports, Youtube is reportedly taking action against such channels and attempting to suppress every critic of Volodymyr Zelensky.

Reportedly, Youtube has blocked a video of blogger Max KomikazdZe. The Youtube video was a parody of Ukrainian President Vladimir Zelensky. Furthermore, the video was the first part of a series of several videos starring Ramzan Kadyrov, the leader of Chechnya.

Max KomikazdZe reported on his Telegram channel that YouTube has purposely removed the first of three parody videos about Ukrainian President Volodymyr Zelensky. The video was removed “due to copyright infringement in several initial frames,” the blogger wrote.

The second and third parts of the “Zelensky’s Adventures” series are still available on the blogger’s YouTube channel. But, for how long? The Youtuber stresses.

Well, this was expected that Social media would eventually irk their support for western masters and it has already begun.

Youtube’s support of Ukraine is not definitely new. In the last seven months, more than 70,000 videos and 9,000 channels have been removed as they towed a very different line in the Ukraine war. Most of the removals were tagged as violations of content guidelines, including the removal of videos that referred to the invasion as a “liberation mission”.

Read More: Ukraine officially admits that it was running a fake news factory against Russia

Social media users who chastise Ukraine have become sitting-ducks for the Social Media giants because they have tarnished the Western narrative that was being peddled brazenly on a very large scale and in a highly coordinated manner.

You can’t speak against Zelensky or Ukraine. Youtube is taking such actions because of the heat of the moment. We’ll explain why.

Independent media just put the west and Ukraine in a precarious position. People are now criticizing Ukraine for its catastrophic motion of defeating Russia at any cost. The brutal reality of Ukraine forced even the UN to acknowledge that it shares equal blame with Russia for the war crimes committed in Eastern Ukraine.

Read More: Every journalist who is reporting the truth from Ukraine is being hounded by Zelensky and EU

If you take a second look, you’ll see that the situation is evolving into a major damage control effort. Just a few days ago, we at TFI told you about West’s crackdown on independent journalism.

In Germany, independent journalist Alina Lipp was forced to three years in prison in her home country because she reported crimes committed by Ukrainian forces against civilians in the eastern Donbas region of the war-torn country.

The charges against her relate to Ukraine coverage on her Telegram channel where she shared information with its 175,000 subscribers in both Germany and Russia. Now, the west is using social media as a tool to curb the voices of independent voices who share a really different view on the Ukraine war.

In short, Mr. President has lost his charm, and his claim that Russia is solely behind Ukraine’s misery has failed miserably. Now that the situation has gotten so bad, people have started making fun of Volodymyr Zelensky.