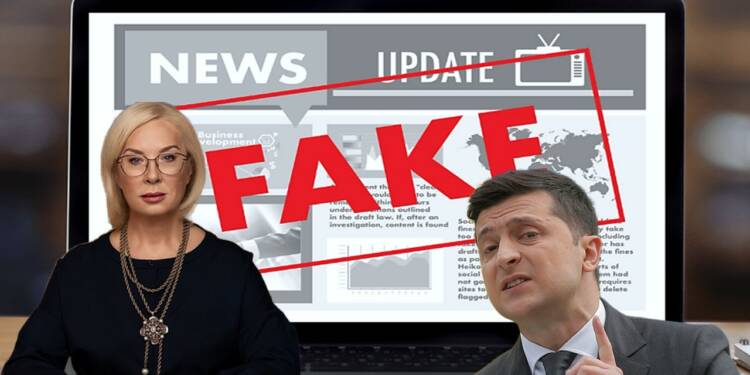 It is 98 days since the start of the war that took all geopolitical eyes to tilt to the eastern European region. The war or the ‘special military operation’ is nearing its closure with the world recognizing where the tide is shifting to. Even the big names that once painted Ukraine victorious are now distancing away from Kyiv, only after getting a grip of the reality. This Reality has defaulted Ukraine to go back with admission about running fake news against Russia with impunity all along.

A Ukrainian official has been relieved of her duties after handling reports that detailed sexual allegations against Russians in Ukraine. Lyudmila Denisova, the parliament’s commissioner for human rights has been removed from her post on Tuesday. Denisova blithely followed a pattern of weaving fake news that involved allegations about Russian troops raping children, some as six months old. The below-the-belt allegations even found space in western media that quickly capitulated before Denisova’s shenanigans.

But the smooth run of propaganda that Ukraine enjoyed took a partial halt on April 21, the day Mariupol fell to Russian hands. All the boasting of Ukraine’s prowess slowly faded away with the US and France trying their hand at peace-making. Zelensky sensed it was time to dispel truth to the world and so he did. Last week, Ukrainian media outlets and journalists signed an open letter in which they requested that reports concerning rape and sexual assault be “published with caution,” particularly when involving children.

Read more: The US admits it deliberately spread fake news to hype Putin’s war in Ukraine

The open letter also stated that “it is important to understand that sexual crimes during the war are an instrument of genocide, an instrument of waging war without rules, but they cannot serve as illustrative material to inflame the emotions of the audience.”

The letter from the journalist circle in Ukraine is of little wonder but it sheds light on the noxious factory of lies that Ukraine has been propagating to the world from the very start of this war. The ghost of Kyiv and the snake island remains a testament for the same. Even media houses that were regarded as the epitome of credibility wantonly fell for this bait. No retrospection was made and all the accusations eventuated to Russia taking up the blame. This marginalization of Russia with details that involved the alleged rape of children got no condemnation but it was rather coupled with the Russian offensive into Ukraine.

Read more: The supremely brave ‘Ghost of Kyiv’ does not exist

According to the online Ukrinform news platform, one member of the Ukrainian parliament, Pavlo Frolov, provided a number of reasons why Denisova was removed, including “the numerous details of ‘unnatural sexual offenses’ and child sexual abuses in the occupied territories, which were unsupported by evidence and only harmed Ukraine.”

Moreover, 230 of the 450 members of the legislative body in Ukraine voted for the removal of Denisova and this move characterize Ukraine’s current view on the war they thought they were winning. With this move, Ukraine has bowed, the fake news factory has been busted and if it moves this way, the end of the road is near for Zelensky and his brigade.