Greece, which breathed a sigh of relief just a few days back, is being hounded by European Union yet again. 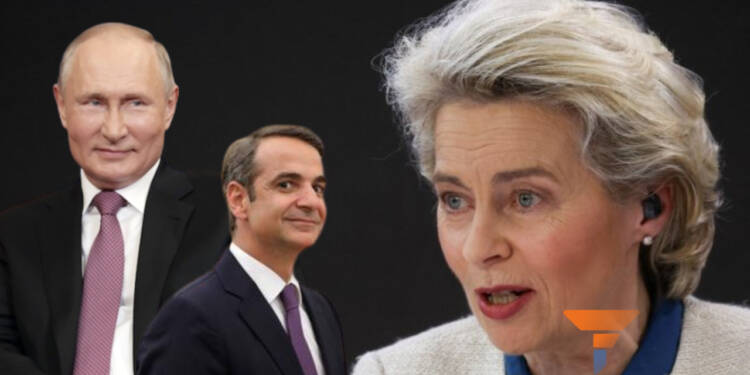 Greece recently came out of EU’s claws. As Reuters reported two weeks ago, Greece officially left the enhanced surveillance framework. Under the framework, Greece had to go through three back-to-back financial bailouts from 2010 to 2018, at the expense of its sovereignty.

Under EU directives, it had to implement reforms which jeopardized its growth.

The country would now have more authority in its policy-making which was endangered by Brussels. Well, EU understands that an economically and politically independent Greece wouldn’t be easy to deal with.

Greece prefers Russia above EU and US

Greece, which has been regularly betrayed by European powers against Turkey, has befriended Russia time and again. Greece turned to Moscow in the Cold war era to create a counterbalance and demonstrate to the Western Powers that they shouldn’t take Athens for granted.

It’s evident that when it comes to countering Turkey, Greece sees Russia as a reliable and dependable partner. European Union has hardly sided with Greece whenever Athens got into a tussle with Turkey. EU’s biggest economy Germany has long supported Ankara by giving it weapons and submarines. It also rejected Greece’s request to halt weapons export to Turkey.

Greece realises the importance and efficiency of Russian weapons against western weapons as it has been proven largely in the Ukraine war.

In a recent skirmish between Turkey and Greece, Ankara accused Athens of locking its F-16 planes with its S-300 defence system. Greece has even refused to support Ukraine against Russia in the ongoing war.

Its defence minister Nikos Panagiotopoulos said, “We will not provide anti-aircraft missiles from our islands or anti-ship missiles to Ukraine, no matter how much they ask us to do so, because we face a real threat.”

Germany sold Turkey weapons like class 214 submarines, when Greece’s maritime sovereignty rights got trampled upon by Turkey, which has time and again threatened to invade Greek islands.

So, Russia is Greece’s obvious choice. In the Ukraine war also, the Greek shipping industry has come to Russia’s rescue.

Reuters in May reported how Greece shipping companies aided Russia amid sanctions and emerged as the biggest facilitator for Russian ship-to-ship fuel oil exports.

The IIF also discovered, after probing the shell firms that own the ships, that Greek-owned tankers assisted Russia in exporting its oil to the global oil markets. It’s no secret that every European country, in one way or another, has taken measures to import Russian energy by undermining EU’s sanctions on Russia. For example, the Netherlands, Baltic nations, France, Hungary; all have been accused of undermining the EU’s sanctions on Russia. But, interestingly, only Greece is being singled out.

Actually, EU is creating a groundwork to impose sanctions on Greece. In fact, EU is being aided by Turkey in its moves against Greece.

According to Business Standard, Turkey has imposed a fivefold hike in transit fees for passage through Turkish straits, which connect the Mediterranean and the Black Sea. The move was taken specifically to target the Greek economy.

Yet again, Greece got no support from European Union despite such a major incendiary move by Turkey. This shows both Ankara and Brussels are hand in glove to rein in Greece’s pro-Russia strides. EU doesn’t want other nations to go rogue like Hungary. Therefore, by issuing a damning report against Greece, the west is plotting to hijack the policy-making regime of Athens and turn it into its vassal state.