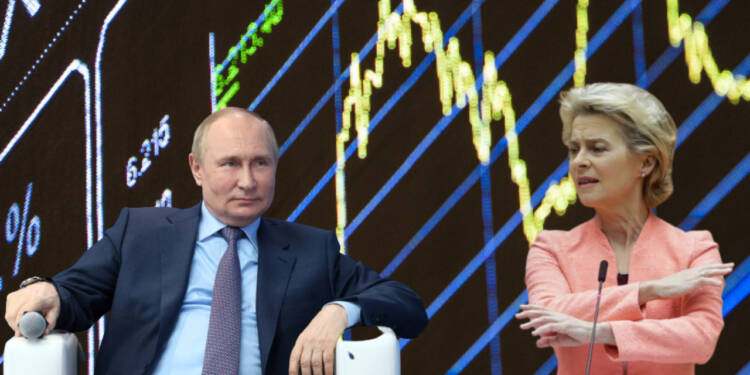 After the Ukraine war, Europe sanctioned Russia to inflict economical and financial damage on Moscow. Ironically, Europe hoisted itself with its own petard. Russia, which was waning from global scene, economically, and as a significant power, has boomeranged.

Russia, which has largely been portrayed as getting devastated by the Ukraine war, is witnessing a miraculous rise.

Russia’s defence manufacturing industry is booming to unprecedented levels. The reality is that in the wake of the Ukraine war and NATO opening another front by offering Sweden and Finland membership, Russia’s defence production industry is stressed and overburdened.

Russia is now using Kazakhstan as a defence manufacturing base for itself. It would be a win-win scenario for both the nations. The deal will ease off the burden on the Russian defence-industrial complex. It will also help Moscow in maintaining its image as a major defence exporter to the world.

Furthermore, the occupation of Ukrainian territories has led to a massive wealth accumulation for Moscow. Washington Post estimated the sum to be a mind-boggling “$12 trillion”. This hefty sum is coming to Russia by seizing 41 coal fields from Ukraine, 27 natural gas sites, 14 propane sites, nine oil fields, six iron ore deposits, as well as several sites of titanium, zirconium, strontium, lithium, uranium, and gold. The accumulated wealth would then be used to build up infrastructure which would give huge returns.

Further, the labour crunch has been cut short by the manpower of the Donbas region. Thousands of people have been moved from Eastern Ukraine to Russia’s Far East. Now, Russia’s untapped natural resources in the far east would be used to their full potential opening new economic gates for Kremlin.

Russia, which has been declared as a “fading world power” after disintegration of the USSR and because of the slow economic growth, is witnessing wonder in the aftermath of the Ukraine war.

Countries like China, India, and several others have come to its rescue when they faced the possible extinction of consumers for its oil exports. There’s a huge de-dollarization moment led by Moscow. An enhanced and sophisticated partnership with India, China, Iran, South-eastern Asian and African countries is being witnessed. Countries are increasingly looking to trade in local currencies than in dollars. Several countries like Iran, Turkey, Egypt are adopting Russia’s MIR card payment system. These countries will largely be the beneficiaries of the defence imports from Russia.

Moreover, the exodus of foreign companies from Russia has kicked off a new movement of supporting local businesses in the country. The local brands have replaced the global brands. These brands will be competing globally in the upcoming years which will in turn aid Russia’s economic activity in the long-term.

Well, the west couldn’t stop Russia’s economic rise so it has taken a notorious step to save its face. The European Union has now prohibited reputable credit rating agencies(CRAs) from rating Russia’s companies and sovereign debt.

The failure of following the same would lead to the risk of losing their licenses to operate in the EU. Soon after the draconian directive, all the three international Credit rating agencies like Moody’s, Fitch, and S&P withdrew all their commercial ratings on Russian sovereign, corporate and other forms of ratings, including closing their offices in Moscow.

This sufficiently demonstrates the Western nations’ disproportionate control over important participants in the global financial markets, posing a huge risk of manipulation.

Thus, it may be claimed that the foreign Credit rating agencies’ politically arbitrary response caused the Russian government’s free-fall downgrades of six notches in less than 15 days rather than driven by risk fundamentals.

Numerous trustworthy international organizations, like JP Morgan and the IMF, have explicitly said that Russia’s economy is doing better than anticipated despite the Ukraine war and Western sanctions.

Yet, as the quote goes,“You can’t hide the sun with your hands and assume it’s not there”, global investors can’t be fooled by sold-out credit rating agencies.

The matter of the fact is that Russia is standing on its feet and has started to flex its economic muscles. This rise could be a glorious one and can even challenge Europe’s economic dominance in near future.

African Peer Review Mechanism(APRW), which is an organ of African Union, has criticized the cowardly move of European Union and therefore, it can be said that AU too has taken a stand.

The EU issued a directive banning the “top #creditrating agencies from rating Russia and Russian firms as part of its sanctions package against Russia’s invasion of Ukraine”, failure of which they will risk losing their licenses.https://t.co/Ty0Ho4TGxm pic.twitter.com/o9KRD0QgnV

The step by Europe to not let the credit agencies rate Russia is a completely cynic move. It has buried its head in the sand like an ostrich. Russia’s growth will eventually become more pronounced, and ignoring it would not alter the current situation.

Farmers implore Trudeau to bend his knee to Putin