Trudeau emerges as the biggest brand ambassador for the conservative party 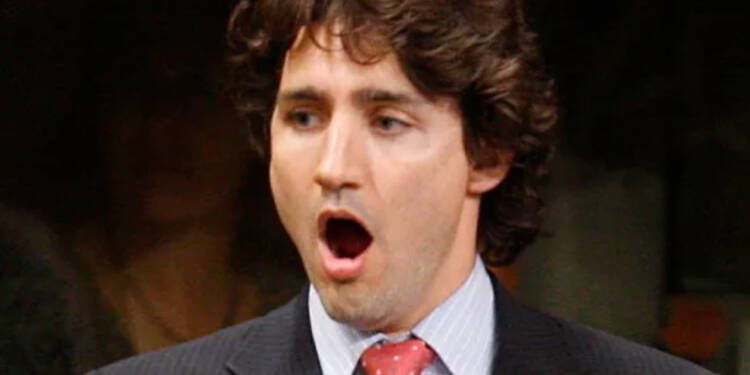 Mayhem in Canada becoming the front page story is not a rare occasion now. Don’t you think this is sabotaging the Liberal party’s electoral prospects? And the cold reality is no different. The fiascos of the Federal Party have led it to the point that it is hollowed out.

Be it the living conditions, the “Freedom Convoy” and its chaotic aftermath, an affordability crisis fuelled by 40-year record inflation levels, or the crisis at Canada’s airports and passport offices, Trudeau’s liberal party has failed miserably. Well, this is evident from the fact that the Liberal party is losing its clout in the provinces of the country.

You see, Trudeau is yet to complete his 7 years in power. And, do you think it will be an easy road? If the voters weigh in on the government’s performance, then certainly not.

It seems strange for a country with a massive amount of territory, an alliance with the world’s richest and most powerful country, massive food production potential, nearly unlimited oil and gas reserves, incredible mining potential, very high per capita income, and whatnot, to witness all sorts of crises in the world.  But, when Mr Trudeau is in the driver’s seat, this should not come as a surprise.

We might not be wrong to say that the popularity of the federal liberal party in Canada is fading and guess who is filling the void? The opposition Conservative party.

Everywhere else had provincial Liberal and NDP governments.

But the tides are turning now and that no longer remains the case. The makeup of provincial governments has significantly changed after seven years. More worryingly, the Liberal parties in Canada’s two most populous provinces, which were both in office when Trudeau won the election handily in 2015, have fallen into protracted declines.

After governing nearly every Canadian province, the Liberal party now finds itself in a prolonged funk.

If we talk about Quebec, for instance, after governing for nearly 15 years, the liberal party has lost its clout. You see, with no members in the legislature, no invites to important debates, and limited finances, Quebec’s independent Conservative party had long been a minor player in the province. But, the Quebec Conservative party is now attracting voters and the party’s impact on the province’s politics is seeing a rise.

Before heading to the polls, the liberal party should take this daunting and unprecedented reality into consideration first. The provincial cousins of Trudeau have lost their thrones to the conservatives now. But still, the dim-witted liberal poster boy is busy posing as the biggest brand ambassador of the opposing conservative party.

A man’s deeds decide his fate, right? So it did for Mr Trudeau. Ever since coming to power, the Liberal poster boy has been taking all the regressive steps in the world. The man turned the country’s fate upside-down which led to the rise of the opposition in the country. And now, Trudeau is having a hard time dealing with the prosperity of the conservative province.

Read More: Living conditions in Canada are so miserable that even Ukrainians are complaining

Conquering conservatives at this moment is a near to impossible task for him. Yet, his party keeps flogging a dead horse. Justin Trudeau will never get sick of bringing in all these mindless policies and hence losing against the conservatives. Ironically, the Conservative Party will never get a brand ambassador better than the Liberal poster boy, whose actions themselves dig his political grave.

Undoubtedly, Trudeau himself is emerging as the biggest brand ambassador for the conservative party!

Africa breaks up with EU