Biden’s inactions have led to civil wars, DRC rises up against Biden administration 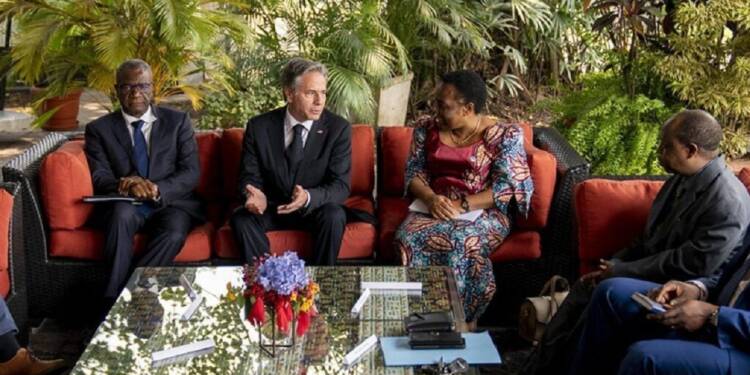 Over the past few years, the Democratic Republic of Congo’s (DRC) long-running conflict has gotten worse. While promising to send a special envoy to the African Great Lakes Region in 2021, US President Joe Biden has failed to uphold that commitment. Apparently, no American envoy for the Great Lakes region has been named since Joe Biden’s presidency, rendering nations like the DRC more vulnerable.

Law calls for appointment of the special envoy

Nevertheless, a 2011 amendment mandating the nomination of a U.S. official was approved by the US House Committee on Foreign Affairs. The United States appoints a Special Envoy, in order to alleviate the severe human suffering in the Great Lakes Region of Africa, which includes places like eastern Congo, Uganda, Burundi and Rwanda

According to Sec. 107 of Public Law 109-456, the Democratic Republic of Congo (DRC) Relief, Security, and Democracy Promotion Act of 2006, “Not later than 60 days after the enactment of this Act, the President should appoint a Special Envoy for the Great Lakes Region” to help coordinate efforts to resolve the instability and insecurity in Eastern Congo.

The Special Envoy has a key role in carrying out American policy regarding the cross-border security, political, economic, and social issues that arise in the African Great Lakes region which is spread across Burundi, Rwanda, Uganda and DRC. The Special Envoy actively supports democracy and long-term peace and stability in the region by maintaining regular communication with regional leaders and cooperation with representatives of partner states and organisations.

In the Great Lakes area, past U.S. special envoys have been instrumental in preventing conflict and addressing democratic challenges. Special envoys were sent by Presidents Clinton, Obama, and Trump to bring diplomatic focus to regional crises by enhancing collaboration with regional and global partners and guiding a cogent U.S. policy.

For instance, the United States special envoys’ efforts were crucial in pressuring the then-president of the DRC, Joseph Kabila, to call for elections in 2018 and resign in accordance with his legally mandated two-term limit.

However, President Joe Biden has failed to appoint one, despite knowing the significance of a Special Envoy’s position. And thanks to him, all the efforts made previously to suppress the conflicts in the region have taken a U-turn under his reluctance to appoint the special envoy.

The number of displaced people in the country has risen to over 5 million, making it the third most populous country in the world; the number of civilians killed in the Kivu provinces due to conflict has increased by about 50% in the last year; armed groups and troops from nearby nations are present in the eastern DRC; conflict gold and other natural resources are being smuggled with impunity from the DRC to its neighbours, feeding the violence. Nearly 20 million people in the DRC suffer from severe food insecurity. The UN warns of the violence getting worse.

It seems that Mr. President is far more concerned with his performance in the upcoming midterms, to such an extent that he is willing to compromise the security of the Great Lakes region. The people of this region have realized that America as a nation is not worthy of their trust. The countries involved in this perpetually disturbed region, are questioning the intentions of USA.

In order to ensure that the stability in the region returns as quickly as possible, the US president must make, as well as honour a significant commitment. The DRC would benefit from this in terms of network sanctions and anti-money laundering policies, as well as the aims of conflict transformation, human rights, and democratic development.

Also Read:  Liberian President- A US puppet has single handedly destroyed the country

However, Joe Biden’s lack of accountability and inability to manage such circumstances will be furthered if he fails to designate a special envoy as soon as possible.

Collection of 30 Aries quotes and captions