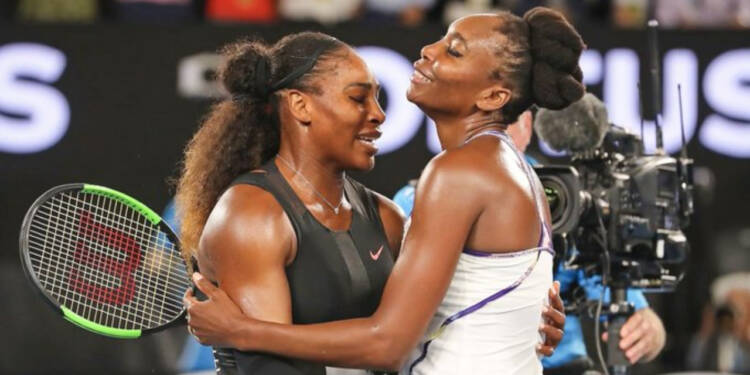 The William sisters are a big disgrace to African pride. Venus and Serena Williams, also known as the William sisters, are the two professional American tennis players who have disowned their African roots while reacting to a question at a media parley Wednesday at the Federal Palace Hotel on whether they originated from Badagry, in Lagos.

The William sisters said: “We surely have an African roots, but we are from America. My mum just named our late cousin, Yetunde, after a Nigerian, but from America”

By saying this, the two sisters tried to debunk all rumors about their African origin and instead insisted that they are from the United States of America.

With this, the two tennis superstars have nullified rumors of having Nigerian blood in them as it is widely believed in Africa and said that they are purely Americans.

Whereas little girls in Africa regard the William sisters as a great ‘inspiration’ for being at the top of the tennis world and look up to them as legendary cultural icons, the statement by the two tennis stars denying any African roots is a shocker.

At a time when many world leaders have acknowledged that the 21st century is going to belong to Africa, and rich & prosperous western countries are almost begging before Africa to use its vast reserves of natural resources specially after the Ukraine War, William sisters by disowning and disassociating from any African roots is a big let down for all Africans.

On one hand, Africa today has become the last hope for the West for its survival as it’s reeling under a severe energy crisis. Yet, Africa has to be at the receiving end.

The western nations colonized and looted Africa’s enormous wealth and left it high and dry however now with William sisters denying African roots is only sending all the wrong messages to the Africans who have looked up to them and saw in them a ray of hope to find a way out of poverty and misery. Nothing can be more unfortunate for Africa that despite being the land of enormous reserves of natural gas & oil and other resources it has always been exploited by the West for its selfish motives and at a time when the continent is finally poised to realize its full potential and looks set to mark a new era of socio-economic progress, William sisters have in a way, brought disgrace to Africa’s pride, as if nothing good can ever come out of Africa. The William sisters’ comments are unfortunate and couldn’t have come at a worse time.