Struggling from higher tariffs and inconveniences being exacerbated by the country's zero-tolerance policy toward Covid-19, businesses are moving out of China 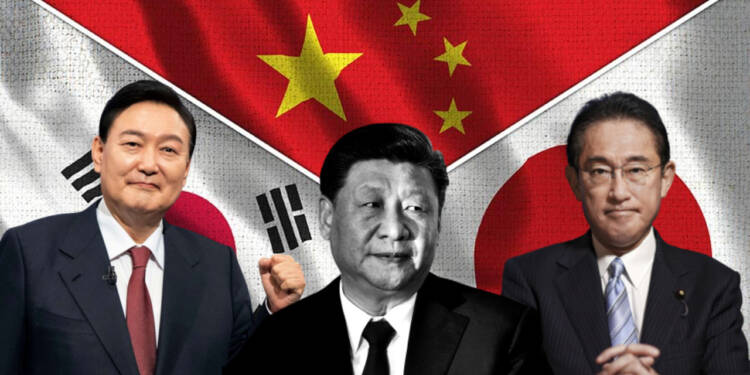 China’s doom is now a closer sight. The nation has witnessed incredible days but now, they are approaching the bad ones, all thanks to the impractical policies drafted by President Xi Jinping.

Fortunately for the Chinese people, Xi is expected to be ousted from power by rival factions in October after the 20th National Congress of the Chinese Communist Party. CCP’s ill attitude towards the interests of foreign businesses on their lands has already upset the corporates.

Numerous significant business houses have already packed up and left China ever since the CCP adopted oppressive COVID policies and, in some cases, even forced the companies to appoint officers who will enforce CCP’s work code in the office.

According to business insiders and representatives, even in China’s most economically dynamic regions, several foreign firms that are intent on maintaining a presence in the country continue to put off expansion plans or have begun scaling back operations.

This comes after more than two years of stringent and occasionally illogical coronavirus controls, supply chain issues, and a decline in bilateral ties with Western nations.

“Japanese companies and other foreign companies are downsizing their operations in China,” said Tace Chen, a senior executive at a Japanese consultancy firm in Guangzhou, who declined to identify her business due to the sensitivity of the issue.

The Japanese, who are popularly known as US allies, are seen as a big counter along with India to the rise of the Chinese in the region.

Moreover, both China and Japan have issues related to the Senkaku islands. The Senkaku Islands have remained an integral part of Japanese territory as part of the Nansei Shoto Islands. Whereas, China states the exact opposite and stresses again and again that Senkaku lies within their territory. Chinese authorities continue their claims on these islands with ever-increasing levels of maritime activities undermining the status quo.

The growing differences between the nations over the issue of the Senkaku is also one of the factors that are forcing the Japanese to pull out businesses from Beijing.

South Korea starts to pack up

Struggling from higher tariffs and inconveniences being exacerbated by the country’s zero-tolerance policy toward Covid-19, South Korean companies are leading what can only be termed as a global shift away from China.

Notable South Korean Giant – Lotte Group, known for its department stores and supermarkets, is in the final stages of shutting down its China headquarters and is pivoting its focus to other Asian markets.

Seoul-based corporations including the Amorepacific Group, Samsung Display Co. and LG Electronics Inc. are already on the path to shutting down factories and retail outlets in China, due to the constant crackdown and impractical zero-tolerance Covid Policy.

“China is not a land of opportunity anymore for Korea,” said Scott Kim, who formerly worked as head of Shanghai and Beijing offices at Kotra, a unit under the Korea trade ministry.

He further stated, “China’s zero-Covid policy is too much, and Chinese companies are catching up with Korean companies. It would be better for Korean companies to abandon their fantasy about making money in China.”

Indeed it is the end of the colossal Chinese era. Beijing has already reached its economic zenith and is bound to fall now. However, the process has largely been accelerated by international factions that seem to have vowed to destroy the dragon’s economy.