First Hungary, now Sweden and Italy soon; Europe is going right, and EU Parliament is next in line 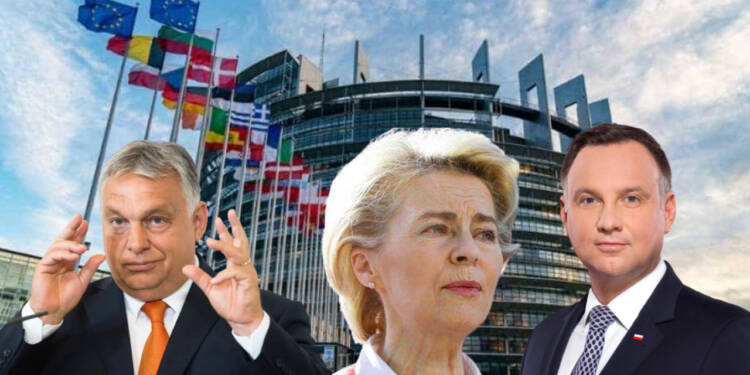 For the last 70 years and prominently after WW2, the West has maintained its allegiance to liberal values—or what we like to call the Liberal sisterhood. In which, most western nations have simply followed whatever the US or any major ally has done or commanded.

But, the Ukraine war has changed it once and for all. There is a clear reversal trend as the left keeps losing ground, more Right-wing leaders are anticipated to emerge. So, Liberal Sisterhood is definitely in its last days.

Right-wing populist Hungary’s government has unsettled European Union’s liberal forces since it came to power. They have continuously tried to heckle it by stopping its funds. They blame Budapest for not following its directives and laws.

Lately, Brussels has been at loggerheads with Hungary since Budapest used its veto to stop the oil embargo on Russia to protect its need and requirements. Hungary is being sued by the European Commission at the European Court of Justice over an LGBTQ law and a decision to revoke the broadcast licence of the last independent radio station in the nation.

Budapest as a retaliation abolished EU Parliament through a law which will limit the European Parliament’s capacity to pass rules that would impact Hungary. The law will shield Hungary from EU Parliament dictatorship.

Another major upset is taking place in Europe. In the recent Swedish general elections, Sweden’s right-wing parties are leading against the Social Democrats.

Analysts say that it is still unlikely that Prime Minister Magdalena Andersson’s administration would be able to catch up with the outcomes. Editorialist Anders Lindberg stated in the Aftonbladet newspaper that “impossible for the left to win because the votes from abroad are usually in favour of the right.”

Preliminary results indicated that the right-wing alliance led by the center-right Moderates won 175 seats in Sweden’s 349-seat parliament after nearly 97% of the votes have been counted. Andersson is the leader of the alliance; the center-left group, led by the Social Democrats, had 174.

To put things in perspective, Italian political party Brothers of Italy (Fratelli d’Italia) was founded in 2012. Few would have predicted that it would take the lead in the polls in less than ten years.

Also Read: A Viktor Orban moment is a given in Italy, and EU’s left-wing intelligentsia can’t believe their eyes

The right-wing parties are rising throughout Europe. And European Union’s is the next victim of the changing political tide.

European People’s Party (EPP) is considering a chance to take back control of the European Council. Its majority may depend on collaboration with the right Swedish Democrats.

Prior to Sunday’s general elections, polls indicate a tie between the two political strands of Sweden: the right, usually represented by the Moderates seated with the EPP at the EU level, and the left, led by the reigning Social Democrats of the S&D European political family.

The Moderates could be able to see their candidate take a place as head of government with other EU leaders in the European Council if the right-wing were to win the election.

With the EPP regaining the majority it lost during the Christian-democrats’ (CDU/CSU) defeat in Germany this spring, this would tip the political balance in the EU’s strategic course-setting body back to the right. Therefore, EU which has only aggrieved the Ukraine war would be finally return to being sensible.

Collection of 34 Purple quotes and captions